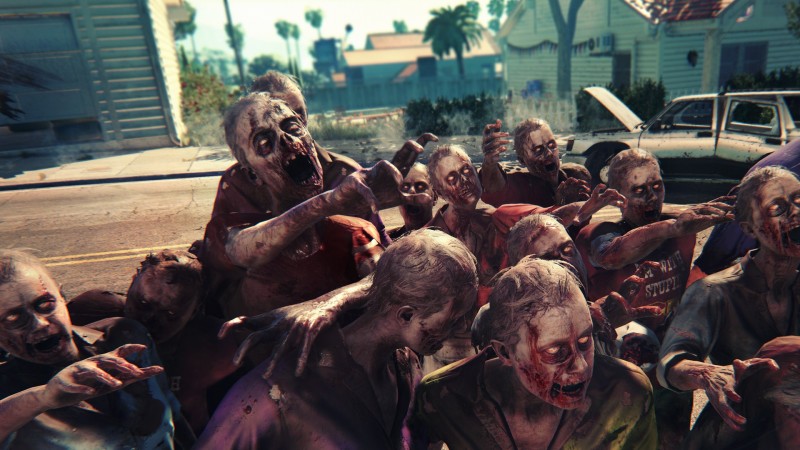 Long before Techland’s Dying Light series, the developer made waves in the open-world, zombie-slaying community with Dead Island, an unconventional, tropical take on the beloved post-apocalyptic formula. Dead Island boasted a 4-player coop campaign, zany, moddable/craftable weapons that Dying Light is currently known for, and a satisfying balance of horrifying and comedic gameplay. Perhaps you can already see why Dead Island 2 was an exciting prospect for players that wanted a similar experience with updated visuals and mechanics. And despite the radio silence and rumors of development hell, Dead Island 2 is still speculated to release next year.

According to a VGC report, during a presentation held last week with publisher Deep Silver’s parent company, Embracer Group, the Q&A host opined that the zombie-infested RPG is “very clearly…[still alive], and I expect the release this financial year, or sorry next financial year I should say.” For those who don’t know, the company’s next financial year ends on March 31. However, Embracer Group’s CEO Lars Wingefors respond by saying he can’t exactly speak to the development of Dead Island 2 but that an unannounced AAA title that everyone thinks is Dead Island 2 was recently talked about in internal meetings. While this isn’t an exact confirmation, the cryptic nature of the exchange could be a hint that development on Dead Island 2 is still going strong.

In what feels like a century ago, Mike Futter wrote about his hands-on experience with Dead Island 2 in 2014 and stated, “Yager definitely has more work to do, as the pre-alpha code was unsurprisingly imperfect. I’m excited to see more from the game though, as the changes to the crafting system and the increased focus on ranged weapons make for a tighter experience in the same comedic, gory world.” In any case, fans are still patiently waiting for Dying Light 2 news and hopefully, we’ll have more concrete details from the game’s developer in the near future.

Do you think Dead Island 2 will ever release? What are you hoping to see in the game if it does? Let us know in the comments below!