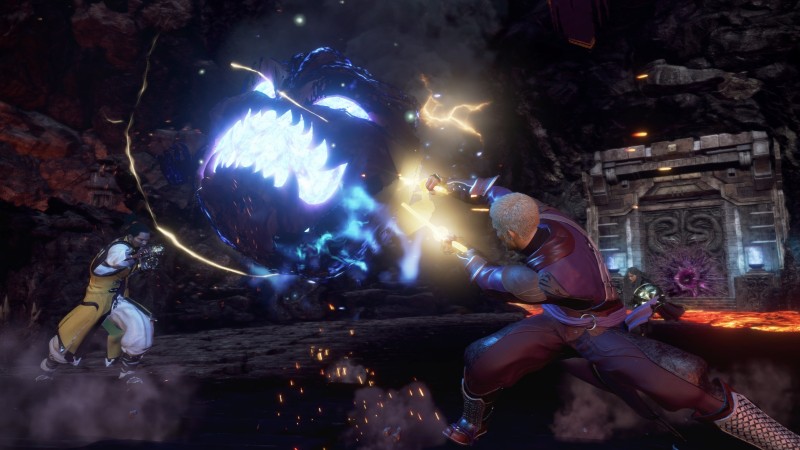 Stranger of Paradise: Final Fantasy Origin may be a weird spin for the series, but one traditional staple remains present: the Job system.

Jobs are basically roles you can assign to each party member that determine what abilities and weapons they utilize. Stranger of Paradise boasts 27 jobs and three of them are brand new to the series. The PlayStation Blog provides a rundown of what some of these jobs entail, including the ones exclusive to the title.

The jobs unique to Stranger of Paradise are Breaker, Void Knight, and Tyrant.

Breaker lets players wield the legendary sword Zantetsuken (famously wielded by classic FF summon Odin) to smash through defenses and potentially land one-hit kills. Square describes this as a trickier playstyle to master but one that can have big payoffs.

Void Knight allows you to counter enemy magic attacks, either by absorbing and converting them to MP or turning back against their casters.

Tyrant buffs your normal attacks with elemental attributes to devastate enemies vulnerable to a particular element.

Other classes revealed so far include Swordsman (which protagonist Jack begins as), Dark Knight, Black Mage, Sage, Ninja, Paladin, and Thief. At their core, these jobs function the way old-school fans would assume but expect a more action-oriented slant. For example, Sage lets you quickly swap between white and black magic for some fast-paced spellcasting.

You can read more details on each revealed class by visiting the PlayStation Blog. Stranger of Paradise: Final Fantasy Origin launches March 18 for PlayStation 5, Xbox Series X/S, PlayStation 4, Xbox One, and PC. You can watch the latest Frank Sinatra-themed trailer here.