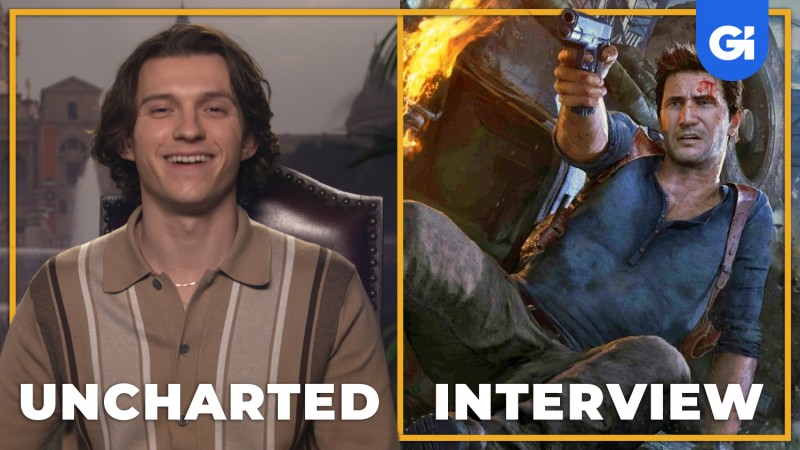 Many have attempted the impossible task of bringing our favorite video game characters to the silver screen with varying degrees of success. Tom Holland is next in line to try his hand as the iconic Nathan Drake in the Uncharted movie, and we’re sitting down with him today to hear all about it!

Join Brian Shea as he chats with Spider-Man himself to learn everything he can about the PlayStation mascot’s debut in movie theaters later this week. Mr. Holland goes into detail about his relationship with Nolan North, what his favorite Uncharted game is of all time, along with more tidbits about the upcoming film. We’re even showing off some behind-the-scenes footage to spice up your viewing experience while the two gents chat about the movie.

Are you excited about the Uncharted movie? You don’t have to wait long as Tom Holland and Mark Wahlberg’s latest film arrives this Friday only in theaters. If you can’t get enough of Nathan Drake and his adventures, you’ve come to the right place. Be sure to check out Brian Shea’s review of the movie, where he says:

“The Uncharted video games set a high bar for storytelling, and though Uncharted doesn’t quite clear that bar, I had a fun time from the very first scene. Through some awe-inspiring action set pieces and strong performances, the film ably showcases the strengths of the game franchise while giving fans a new, albeit slightly familiar storyline.”

Suppose you want something a bit more traditional, head over to our YouTube page to watch a fresh episode of New Gameplay Today to check out Uncharted: Legacy of Thieves Collection, where we let you know if it’s worth picking up for the PlayStation 5! Thanks for watching, and let us know what you thought of the video in the comments below.