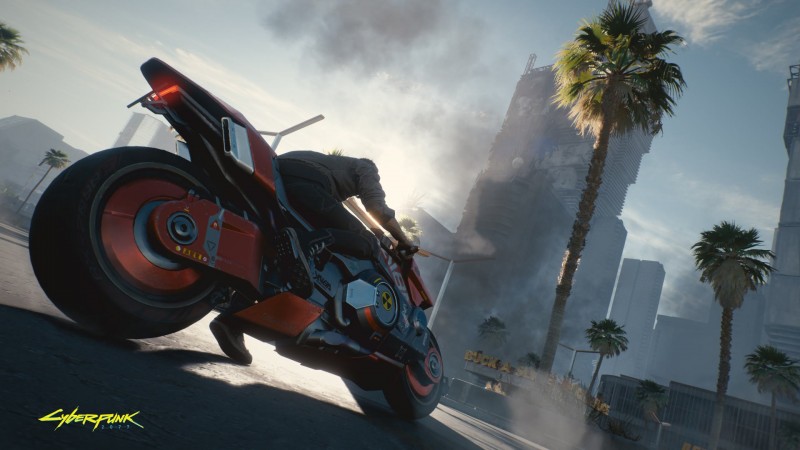 Cyberpunk 2077 launched over a year ago with many issues, including game-breaking bugs, epileptic triggers, and more. Sadly, these issues led to class action lawsuits and storefront refunds. Despite this, CD Project Red’s futuristic RPG found financial success and was one of the most popular games on Steam in 2020. Mods helped stabilize and enrich the PC experience, while consoles (especially the Xbox One and last-gen PlayStation 4)  struggled to run the game. Massive patches were released in response to the backlash, and free DLC packages were promised. However, console owners have been waiting for any next-gen news, and tomorrow’s Cyberpunk 2077 live stream might just include more details.

Video Games Chronicle reports that last November, CD Projekt Red announced that the new-gen versions of The Witcher 3 and Cyberpunk 2077  “were on track to meet their then-recently delayed launch windows.” Today, the official Cyberpunk 2077 Twitter page posted about the upcoming live stream (seen above). The tweet says, “So, choom, how ‘bout a date? We’ll talk things, y’know. You’re in? Preem! Let’s meet tomorrow, Feb 15th, at 4PM CET, at the usual place [on Twitch]. See you there!”

Perhaps new information on the PS5 and Xbox Series X/S ports will be premiered during the live stream. According to Tom Warren, a senior editor at The Verge, Cyberpunk 2077 is showing as “optimized” on Xbox Series X/S. You can see his tweet above.

Only time will tell what the devs have in store. In any case, Cyberpunk 2077’s current-gen release is slated for a first-quarter 2022 release. We awarded the PC version of the game a 9, but I gave the console version a 5.5 and stated, “Cyberpunk 2077 wasn’t optimized for last-gen consoles, and no amount of interesting side activities can remedy that. On PC, the world lives up to its title as the “City of Dreams.” For Xbox One and PlayStation 4 players, however, their time in Night City is likely a nightmare.” Hopefully, the current-gen upgrades will help revitalize Cyberpunk 2077.

What do you think we’ll see at tomorrow’s live stream?