Capcom Is Teasing Something With A New Countdown 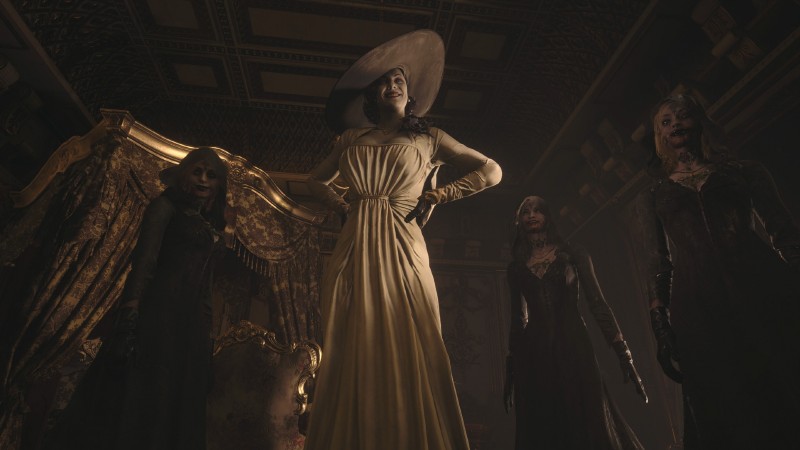 Capcom fans have been enjoying some fantastic games as of late. Between Resident Evil remakes, new entries in the long-running horror series, or beasts to hunt in Monster Hunter Rise, Capcom has been providing players with plenty to do. And now, the company is providing fans with something new to do: stare at a mysterious countdown.

Perhaps as a Valentine’s Day surprise, Capcom tweeted out a random link today and upon clicking it, you’re brought to a relatively blank screen that features a countdown both in days and in hours. At first glance, it’s not really teasing anything, except the inescapable loss of time that will soon come for us all one day. But, upon closer inspection, some fans have noticed that the font of the countdown is pretty similar to the font Capcom has been using in its newer Resident Evil entries such as Resident Evil 7 or Resident Evil Village.

Now, don’t get too excited about Resident Evil 9 or whatever it ends up being called – there’s virtually no way Capcom is announcing that at the end of this countdown. For one, Village was just released last year and two, Capcom has already said Village DLC is on the way. With that said, it wouldn’t be surprising if DLC awaits us on the other end of this countdown.

Of course, it could be the heavily-rumored Resident Evil 4 remake. Using a long countdown such as this current six-day one would be a great way to build up hype around that, especially if Capcom starts teasing even more as the countdown inches closer to zero. However, some have noted that this countdown is likely not associated with Resident Evil because it seems something Resident Evil-related might be happening tomorrow:

Oh, there’s something suspicious activity going on at the Resident Evil portal…
It seems that this was the reason why all the staff around me worked busy lately. There’s something going on tomorrow at 4PM(JST), so we hope you all enjoy it!#REBHFun pic.twitter.com/tiwvlAhTI5

What do you hope this countdown is teasing? Let us know in the comments below!

Source: Game Informer Capcom Is Teasing Something With A New Countdown