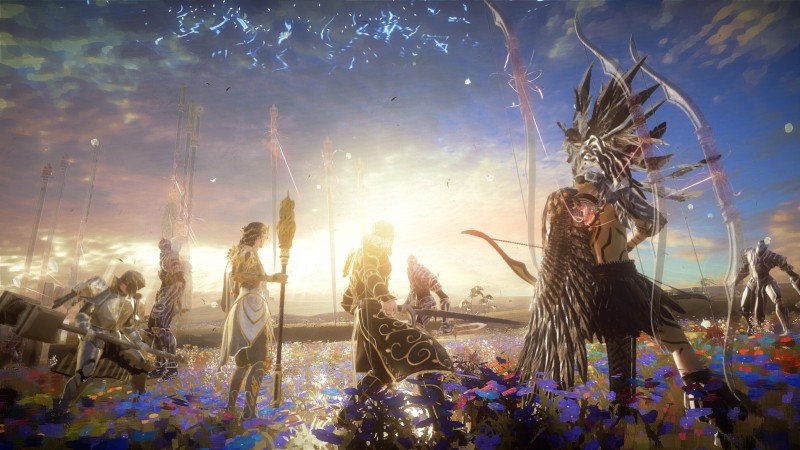 The free demo will only be available on PlayStation 5 and PlayStation 4 (sorry, PC players) and lets players roam the game’s opening section. Publisher Square Enix states the demo features “multiple hours” of story content that you can tackle alone or alongside buddies in four-player co-op (with cross-play enabled). Demo progress carries over to the full game, which launches on March 3.

The long road to Babylon’s Fall first began with its reveal during E3 2018. The crux of the adventure involves players fighting their way up a tower filled with increasingly difficult enemies and dangers. To survive, you’ll collect weapons and gear to enhance your Sentinel, the playable warrior. Babylon’s Fall is a live-service title that Platinum plans to update with new game modes, story content, equipment, and more post-launch. Platinum states that all of these additions will be free of charge.

Babylon’s Fall will be available on PlayStation consoles as well as PC. For more on Platinum Games, read about how the studio’s top brass wants to resurrect its canceled Xbox action game, Scalebound.