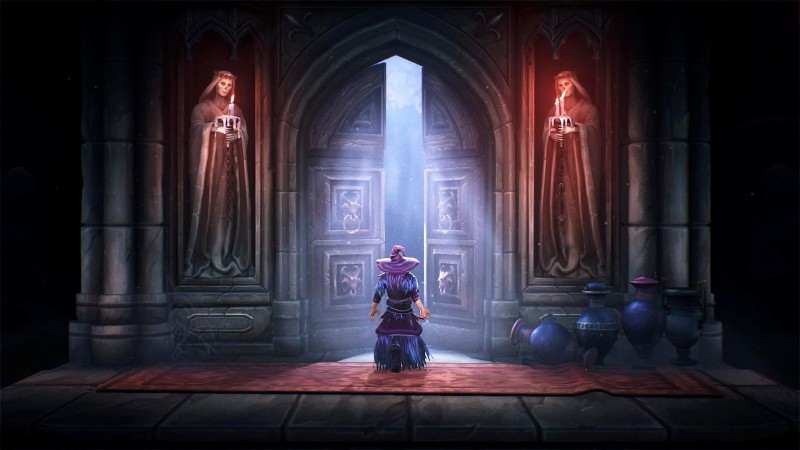 Marvelous Europe and Primal Game Studio have revealed Mandragora, a beautiful and painterly side-scrolling Metroidvania game coming to modern consoles and PC sometime in the future.

Described by Marvelous as a “story-driven, side-scroller action RPG set in a universe of gorgeous paint strokes and inevitable tragedy,” this game has an art style worth a look. Of course, we don’t know how it plays, but if it feels as good to play as it does to look at it, it’s one we’re excited to check out.

“Mandragora is a genre-blending mix of everything we love about our favorite games, which made it a challenge to find the right publisher who understands our vision for a title that doesn’t fit into just one box,” Primal Game Studio creative director Istvan Zsuffa said. “That’s why we’re so glad to be working with Marvelous Europe to help bring our game to the players on all their favorite platforms. We’re thankful for all the fan support so far and can’t wait to continue this journey together.”

According to Primal Game Studio, in Mandragora, “mankind has surrendered the world to the monsters” and “people hide away behind walls of bricks and palisades of ignorance, constructed by their leaders” as a result. You’ll be tasked with journeying through a world in decline, one that’s slowly falling prey to the damaging effects of chaos and entropy. Of course, you’ll have to fight enemies, bosses, and more along the way, all while balancing who’s an ally and who’s not.

Here are some of the features Marvelous listed in a press release:

Mandragora doesn’t have a release date yet, but when it finally releases, it will hit PlayStation 5, Xbox Series X/S, Switch, and PC.

What do you think of Mandragora? Are you excited to check it out one day? Let us know in the comments below!