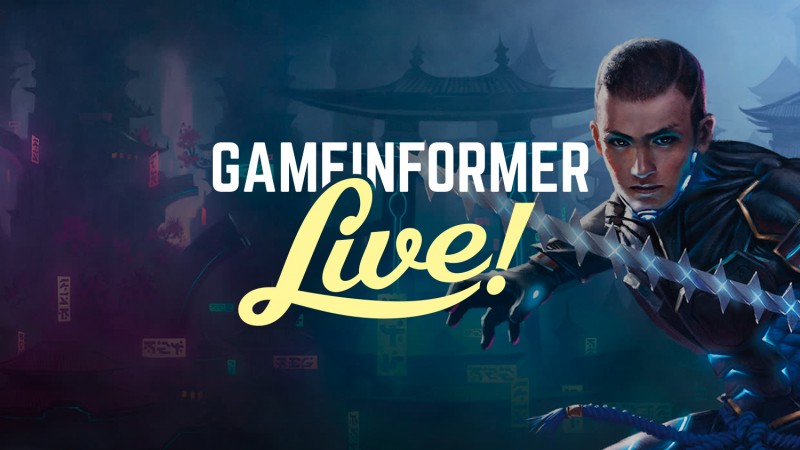 Sometimes, a Magic: The Gathering set comes along that breaks multiple boundaries you thought would never be considered, or at least not for a while longer. Kamigawa: Neon Dynasty is one of those sets. Not only did Wizards of the Coast bring us back to this often maligned, yet fan-favorite plane based on Japanese mythology, but we’re seeing it 1200 years in the future from when we last stepped foot on Kamigawa. For the first time ever, Magic has gone high-tech with this new take on Kamigawa introducing plenty of neon lights, mechs, and transforming equipment to join the familiar sights of samurai, ninjas, and spirits.

Join GI editors John Carson and Dan Tack on the Game Informer Twitch channel at 2 p.m. Central as they explore this newly released set in Magic: The Gathering Arena.

Magic: The Gathering Arena is a digital client for the popular trading card game from Wizards of the Coast. The original Kamigawa block of sets was released in 2004 and 2005 and introduced a plane full of mysticism, unfaltering warriors, sneaky ninjas, and an abundance of legendary creatures. While the designs of the characters and world were flavorful and interesting, Kamigawa’s mechanics like confusing flip cards, “Sweep,” and “Splice onto Arcane,” were duds, causing WoTC to abandon the plane for almost 20 years.

Upon our return Kamigawa: Neon Dynasty introduces awesome cyberpunk elements and brings forward the mechanics that players loved from the original set like “Channel” and “Ninjutsu.” If you don’t know what any of that means, that’s a good reason to check out today’s stream where we’ll be drafting the new set and maybe even crafting some decks for the Standard format.

For more info on Kamigawa: Neon Dynasty, check out our preview card, Risona, Asari Commander, and our mechanics breakdown for the set.