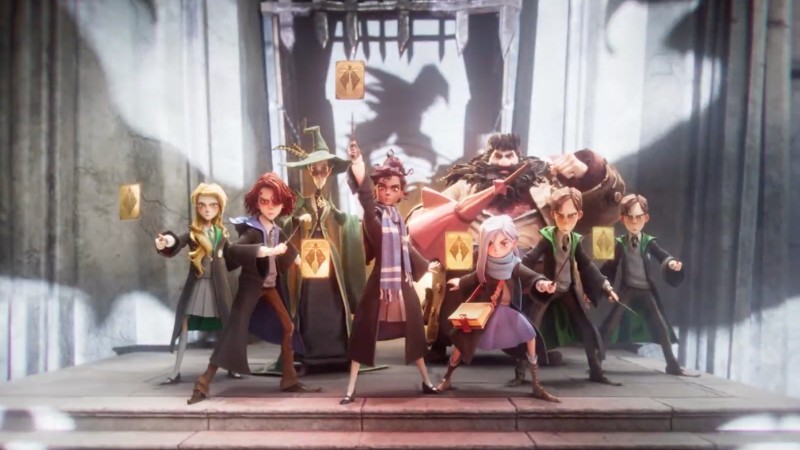 Warner Bros. Games has revealed that Harry Potter: Magic Awakened, a mobile game already released in the Chinese Mainland, Hong Kong, Macau, and Taiwan, is coming to the Americas, Europe, and Oceania territories this year.

This mobile NetEase-developed title, which Warner Bros. Games describes as a “free-to-play immersive collectible card game and massively multiplayer wizarding dueling game featuring a blend of strategy roleplay,” has been live in China since last September. It’s been received quite well there; it topped local App Stores as the number one game in revenue. So, if this sounds right up your alley and you live in the U.S., Europe, or Oceania, you might have yet another new Harry Potter game to play this year (assuming Hogwarts Legacy is released this year, too).

“Co-developed and co-published by Warner Bros. Games and NetEase Games, Harry Potter: Magic Awakened will launch globally later this year for iOS and Android as the latest title under Portkey Games, the label dedicated to creating new mobile and videogame experiences inspired by the Wizarding World that place the player at the center of their own adventure,” a press release reads.

In Harry Potter: Magic Awakened, you play as a Wizard or Witch of your own creation as you embark on a new wizarding world adventure. As you might expect, Warner Bros. Games says you’ll run into original Harry Potter characters and new faces alike. As you progress through the story, you’ll learn spells and charms that you cast in the form of cards. You’ll need to accumulate magical knowledge to master these spells and create unique strategies and card combinations to win duels. Like any school year at Hogwarts, expect challenging trials, duels against fellow students, and plenty of magic lessons.

If you live in the Americas, Europe, or Oceania, you can pre-register for Harry Potter: Magic Awakened starting today on Google Play or the game’s official website. Doing so will get you exclusive rewards when the game hits mobile later this year. After surpassing additional pre-register tiers, players can unlock extra prizes, including in-game currency, cosmetic items, and a Niffler card.

While waiting for Harry Potter: Magic Awakened, check out the reveal trailer for Hogwarts Legacy and then read about how it was delayed out of 2021 and into 2022. Check out this story about how controversial Harry Potter author J.K. Rowling was not involved with the development of Hogwarts Legacy (although she’ll still be making money off of it) after that.

Are you going to be checking out Harry Potter: Magic Awakened? Let us know in the comments below!