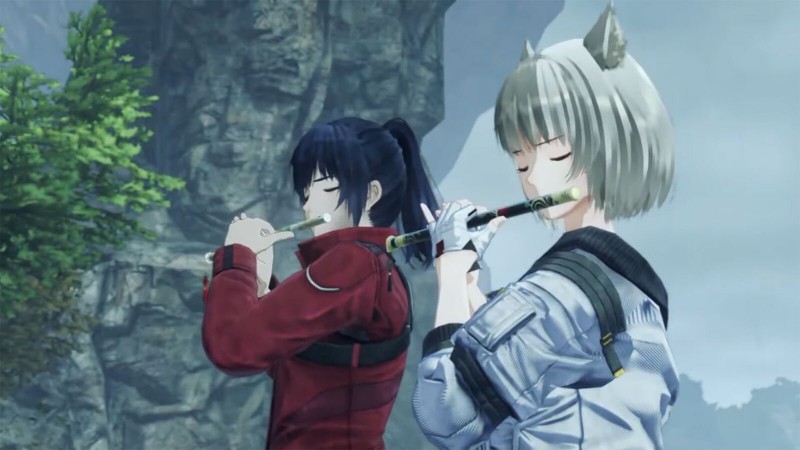 Closing out today’s Nintendo Direct, Xenoblade Chronicles 3 came as quite a surprise. That’s because it showed a lot of imagery that looked similar to Xenoblade Chronicles X, the spin-off to the first Xenoblade Chronicles. Considering that’s one of the last big Wii U games that hasn’t yet been ported to the Switch, it seemed possible that today’s direct was finally revealing a port for it. However, that’s not the case because Nintendo and Monolith Soft are ready to move forward in the story with a threequel.

The trailer begins with plenty of flute – who doesn’t love a good flute solo? – before jumping straight into the action. Of course, Noah, the game’s protagonist, is seen fighting around the battlefield with a Xenoblade in hand.

From there, our protagonist and his party begin a wide-spanning adventure that seems to take them all around Mira (unless 3 takes place elsewhere). Like Xenoblade Chronicles 2 and the Xenoblade games before it, 3 seems to feature a vast and open world to explore.

Here’s what Nintendo had to say in a press release released shortly after the Direct: “A vast world awaits in Xenoblade Chronicles 3, the next game in the acclaimed RPG series from Monolith Soft. Players will step into the roles of protagonists Noah and Mio amid turmoil between the hostile nations of Keves and Agnus. Six characters hailing from those nations will take part in a grand tale with ‘life’ as its central theme. Explore a new world that will connect the futures of both Xenoblade Chronicles and Xenoblade Chronicles 2, launching for Nintendo Switch in September 2022.”

Are you excited for Xenoblade Chronicles 3? Let us know in the comments below!