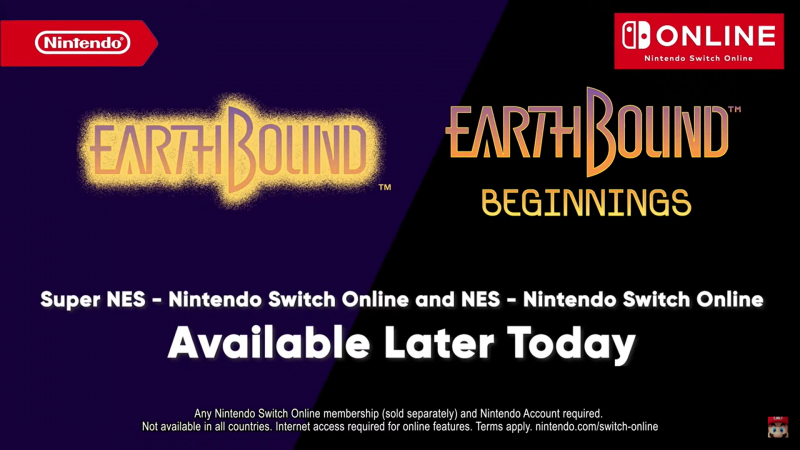 It’s rare that we get big Nintendo Directs like the 40-minute presentation today, and it’s even rarer that we get any Earthbound news. Nintendo announced the SNES classic Earthbound is finally making its way to Switch, and its NES prequel dubbed Earthbound Beginnings will be joining it.

For those unfamiliar with Earthbound, it’s a 1994 JRPG that follows a small-town boy named Ness who is tasked by a time-traveling bee to save the world from an alien invasion. Along his travels across the globe, he meets plenty of strange characters and forms a party with three other very capable children. In Japan, it’s known as Mother 2, although it’s the first of the series that made its way stateside.

Earthbound Beginnings is the original Mother title that didn’t see release outside of Japan for 16 years. The 1989 JRPG was localized and released on Wii U in 2015. Like Earthbound, you play as a seemingly normal kid named Ninten with psychic powers who goes on a strange adventure. This is the second time Earthbound Beginnings has been made available, skipping release on 3DS and the NES Classic.

Hopefully, the release of these absolute classics will open the door for Mother 3 to see the light of day outside of Japan in some way. Start your prayer circles for the next Nintendo Direct.