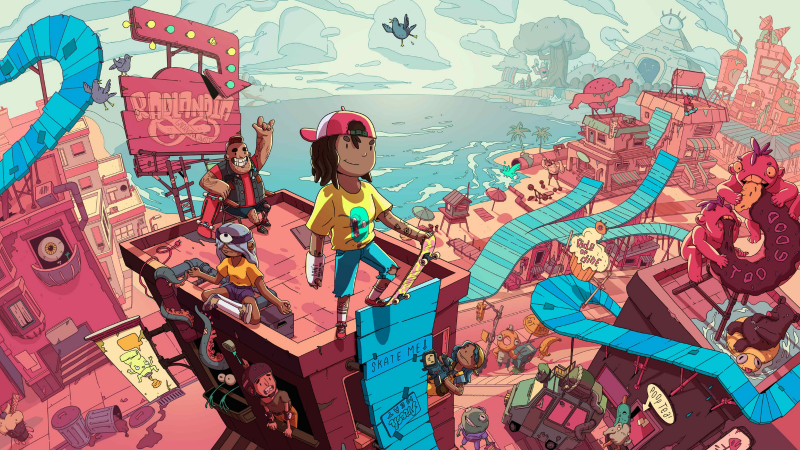 Last week, I noticed my hand was sore. I didn’t think much of it, mostly because I wasn’t sure why it would be hurting. On Monday, while playing OlliOlli World, I found my reason. I’m not sure there’s a better way to recommend World than that; it pushed my hands to their limit.

Compared to the previous two OlliOlli games, which could be prohibitively difficult, World is simultaneously an easy-to-approach 2D skateboarding game with an impossibly high skill ceiling. Early on, the game does a great job quickly teaching you the basics of its trick systems (mostly tied to flicking and rotating the left and right thumbsticks) and then getting out of your way, dropping you in levels, giving you objectives, and letting you skate. Within minutes, I was pulling off increasingly large combos, and more importantly, having a fun time doing it. While I never truly got the hang of the first OlliOlli, in World, I felt compelled to continue to learn its systems because the game isn’t front-loaded with frustration. Players of all skill levels should be able to find something enjoyable here.

As the game goes on, that demanding challenge reveals itself – in the best and worst ways. As levels grow more complex, as you might expect, so too does your bag of tricks. There’s an undeniable thrill to beating a level in one long combo – utilizing grinds, grabs, flip tricks, and manuals across varying verticality and secret routes.

Doing so means getting good at playing OlliOlli World very fast. Maintaining a long combo in later levels means constantly pulling off new tricks and being ready for what’s next. It’s fun and exhilarating to barely feel in control of what my hands are doing, yet impressed with myself for doing it at all – even if the complexity of controller inputs began to wear and tear on my hands.

This is amplified by fantastic level design from both layout and aesthetic standpoints. While the game’s cel-shaded, colorful veneer may present itself at first blush as simple and minimal, there are levels in World that are monstrous in size. The camera will sometimes pull out, leaving your player a tiny dot onscreen as it reveals the mess of rails and ramps surrounding you. Each level’s various explorable paths also means you can replay them to discover new experiences and combo opportunities. Often, I immediately revisited a level to see how other routes stacked up and what challenges I could find there. The fact that the entire game looks like a watercolor painting come to life adds to World’s overall charm – goofy characters and over-the-top designs were humorous to catch glimpses of as I sped by.

But one major sticking point with World is when it halts that speed. On several levels, I’d find myself stuck on a particular ramp or jump, trying over and over to find the ostensible single-pixel I needed to launch myself from to make the next clearing. On the one hand, this is arguably part of the challenge. On the other hand, repeating these sections ad nauseam as I repeatedly tried to find the precise place the game required me to jump broke up the overall flow of levels. Luckily, this isn’t an issue with every stage, but I found myself increasingly stuck in particular pain points, especially as I got towards the end game.

All in all, I really enjoyed my time with OlliOlli World. It’s a gorgeous and goofy game that onboards new players well while also giving veterans plenty of challenge. There’s even a silly story tied in about searching for the mythical skate gods of “Gnarvana” in the world of “Radlandia.” It’s sufficiently dumb in an endearing way and entirely skippable if you’re not interested – which I wasn’t after an hour or so. Despite some headaches thrown in the mix, I welcomed all of OlliOlli World’s challenges, even when they came at the detriment of my own hands. 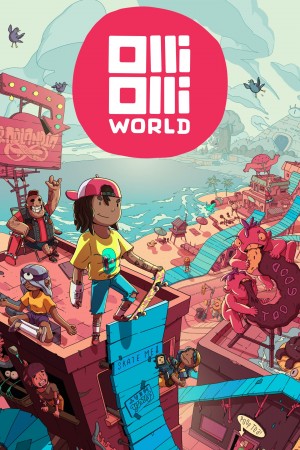 Summary: OlliOlli World is a fun ride through a goofy world. Even when it caused me actual pain, I enjoyed its many twists and challenges.