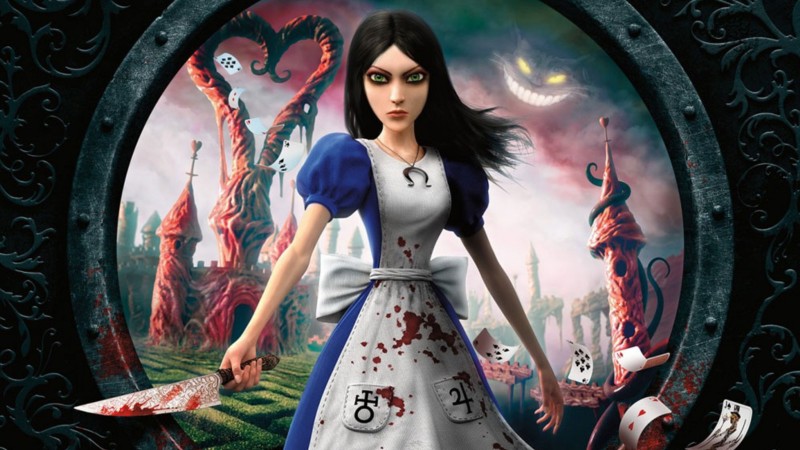 Filed under “things we never thought we’d be writing,” Radar Pictures has announced that it is adapting EA’s American McGee’s Alice (in Wonderland) series into a television show. What’s more, Solid Snake voice actor and X2 writer David Hayter is attached to the project.

According to THR, the show will be a drama series and is the first small-screen adaptation for McGee’s Alice franchise. However, both McGee Alice games are based on Lewis Carroll’s Alice’s Adventures in Wonderland and Through the Looking Glass, and as you might know, Caroll’s books have been adapted into both movies and television shows by many (namely, Disney).

“American McGee’s Alice and Alice: Madness Returns game series is a groundbreaking reimagining of the classic tale,” Hayter told THR. “It takes you into the heart of a corrupted Wonderland and throws light into shadowy corners the world has never seen. I am beyond excited to bring this world of madness and wonder to a global audience.”

There’s no word on a cast or home for this series, but considering it’s a TV adaptation, it could end up somewhere like HBO or Netflix. As for the story, it could be a rehashing of the first two games or it could pick up where Madness Returns left off, lifting pieces of McGee’s Alice: Asylum script to kickstart the show.

“David Hayter brings imagination, experience, and stealth sneaking skills gained through successful missions in film, TV, and video games – a unique combination sure to make this adventure into Wonderland a successful one for the franchise and the fans,” McGee said in a statement to THR. “I am excited to be working with him and know the Alice fans will welcome him with mad affection.”

As the name of the game series implies, McGee’s Alice games are about Alice in Wonderland and her time facing off against the Red Queen and others. Unlike the Disney version most are probably more familiar with, McGee’s games are definitively goth, featuring a darker take on the character. You can read our thoughts on them in Game Informer’s Alice: Madness Returns review. Read about McGee’s Alice: Asylum game that never came to be after that.

Are you excited for whatever this TV series turns out to be? Let us know in the comments below!