A Field Boss Battle In Elden Ring: The Bonebeckoner Mariner 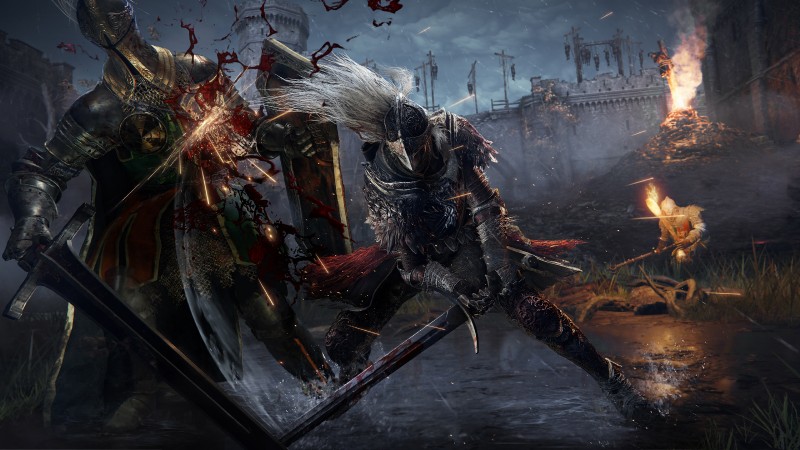 Boss battles in Elden Ring are frequent, ranging from small-scale affairs in coves, caves, and catacombs to incredibly intense boss battles in the legacy dungeons. However, there are also other boss battles located in both mid-tier dungeons and outside in the open world. While many players had a chance to take on a dragon in the Network Test, we encountered a new kind of open field boss in our time with Elden Ring, a ghostly mariner in the middle of a shallow lake. There’s no indication you will be entering a boss battle, other than fairly serious environmental clues. If you’re exploring organically, you may have also encountered the NPC “D” nearby, who hunts the undead and warns you that this small town has been beset by this ghostly fiend. Other than that, there’s just a big shallow lake with a glowing boat in the middle. It’s pretty safe to assume you’re wandering into dangerous territory, but it’s certainly possible to just be oblivious to everything around you and wander into the middle of the lake.

So what makes this different from a standard boss arena battle? First, there’s a lot more space to traverse; it’s a big lake. Movement is impeded heavily due to the nature of the water, so utilizing some small patches of land for respite can be useful if you choose to fight on foot. Fighting on the spectral steed helps alleviate the hindrance to your mobility a ton and also lets you manage the fight much better overall – but you’ll have to accept that battling on Torrent is much different than standard melee combat. Getting the hang of how my weapon would strike in terms of timing and positioning took a bit of air flailing as my blows kissed air, but eventually, I was weaving in and out of combat with ease, dealing hefty hits to the Mariner in his boat.

The enhanced mobility while riding Torrent is a great boon in this battle due to the Mariner’s moveset. Like many other necromantic creations through history, the Bonebeckoner Mariner summons up a legion of assorted skeletons to corral you and harass you. These skeleton additions can seem endless and take up a ton of space, sort of a minor version of the spider hordes of Rom the Vacuous Spider in Bloodborne. The Mariner also can lift the boat high into the air and send it crashing down, spelling disaster if you’re underneath or in radius. The resulting crashing wave does significant damage and can send you out further into the lake, causing a brutal chain reaction where you can’t find your footing and are beset upon by a skeletal tide. The crashing wave can also damage and kill the skeletons, though, so you can bait the Mariner into a giant splash and get out of the way, positioning the army in range to take it out and buy you some time to get some hits in after the boat lands.

Torrent makes fights like this a lot more manageable. The open field areas of Elden Ring contain battles designed for the player to stumble into and possibly others you may have to activate by meeting certain conditions.

Of course, this fight is absolutely optional, though beating it provides a useful spirit summon spell, the Skeletal Militiamen, and some other objects of interest to our undead hunter friend known as “D.” Speaking to D back at the Roundtable Hold hub after this event has been completed has him mark our map in red with a location of interest, but we didn’t have the opportunity to go check it out.