It’s about time. The women’s game of hockey is finally making its way to EA’s NHL series. The latest NHL 22 patch introduces playable women’s teams and full IIHF (International Ice Hockey Federation) rosters to the game, just in time to generate hype for the Winter Olympics in Beijing. This means you’ll be able to take the ice as some of the great icons making a name for themselves in the sport, from Team USA’s speedy Kendall Coyne-Schofield to Team Canada’s “Captain Clutch” Marie-Philip Poulin.

This is a great moment for the women’s game, and the impact isn’t lost on the players. Marie-Philip Poulin said in an EA Sports press release that “It has been such a privilege to lace up my digital skates for the very first time in NHL
22, and to get to do so while playing for my country makes it all the more surreal.” She continued, “Representation matters, and I’m thrilled that every young girl who picks up a controller to play NHL 22 can feel like hockey is a sport for her, too.” 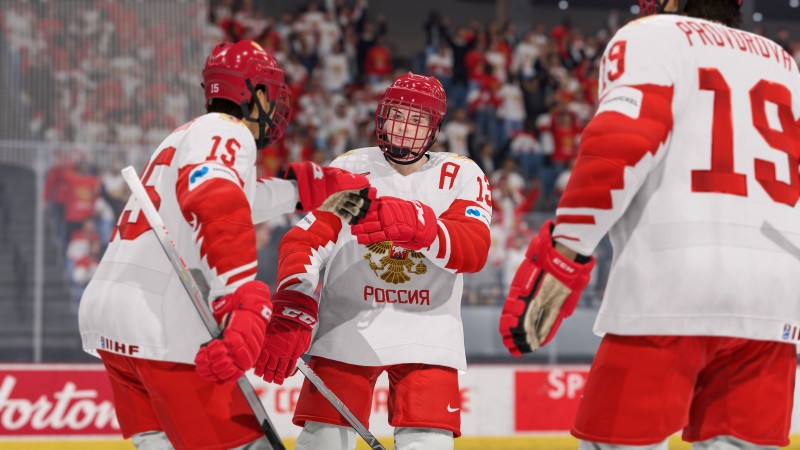 You can watch the trailer above to see elite talents, like Hilary Knight, Sarah Nurse, and Amanda Kessel, react to the news and further discuss its significance. While the trailer also provides our first look at these players on the virtual ice, it will be interesting to see how EA Vancouver represents the different style of play in women’s hockey, which relies less on the body and focuses more on stick play to separate players from the puck. There’s also more puck possession and chances to score in the women’s game.

The update also makes the IIHF Men’s World Championship playable. EA confirmed sixteen international men’s teams and ten international women’s teams will be available for their respective World Championship modes alongside other popular destinations, such as Online Versus, Threes Now, and Shootout. The latest patch will go live shortly after the latest episode of EA Sports and Uninterrupted Canada’s five-part digital series Breaking Ice, which profiles champions of diversity in hockey.

You can read more about the latest update in the patch notes here.