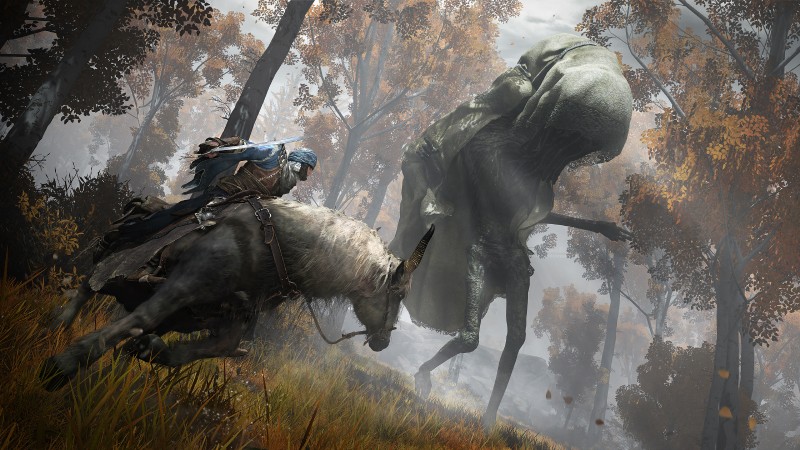 Who isn’t excited for Elden Ring? I mean, the Soulsborne enthusiast himself, Dan Tack, claimed that FromSoftware’s upcoming fantastical RPG will likely be 2022’s GOTY – and that’s just based on the various trailers and his experience with hands-on preview builds! But how long will players be exploring this alleged possible-GOTY sandbox? Well, according to a PCGamesN report, Elden Ring’s mainline story will take around 30 hours to beat, with side content adding in dozens more. Of course, it’s probably safe to throw another ten to twenty hours of “you died” overlays to that runtime, too.

At the Taipei Game Show, Elden Ring producer Yasuhiro Kitao stated, “This will differ significantly by player, but in terms of the targets set during development, the idea is that the main route should be able to be completed within around 30 hours.” Kitao would later go on to say, “The game as a whole is quite massive, and contains many dozens more hours worth of gameplay, but if we are talking about the main route only, it shouldn’t take much longer than that.”

I, for one, am happy that Elden Ring won’t be an overwhelming time sink – the notorious loop will likely be punishing enough to keep most players occupied well into the 50-hour range. PCGamesN notes that Elden Ring’s manageable scope mirrors From Software’s other titles. Apparently, Dark Souls and Dark Souls 2 take a little over 40 hours to beat, while the third entry clocks in at around 32 hours. Sekiro: Shadows Die Twice is the shortest game, with a less-than-30-hour runtime.

Elden Ring launches on February 28 for PlayStation 5, Xbox Series X/S, PlayStation 4, Xbox One, and PC. If you are looking for a time sink, consider Dying Light 2 Stay Human, as it supposedly takes at least 500 hours to achieve 100% completion.