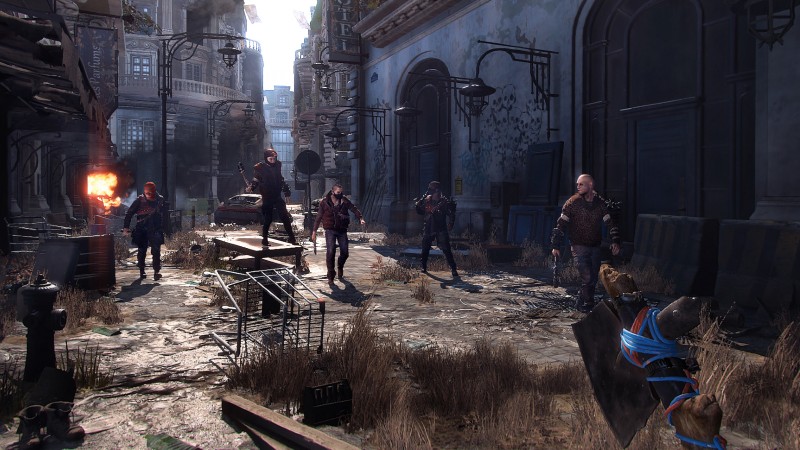 Dying Light 2 Stay Human isn’t even out yet – it hits PlayStation and Xbox consoles as well as PC on February 4 –and while the base game offers 500 hours of gameplay, Techland is already excited to share what’s next for the game after its launch.

Techland has revealed that it has a five-year roadmap for the first-person zombie parkour game, meaning you’ll be receiving new DLC for it until at least 2027. While that’s quite surprising to learn, fans of Techland’s first Dying Light game are likely already familiar with the studio’s DLC commitments. 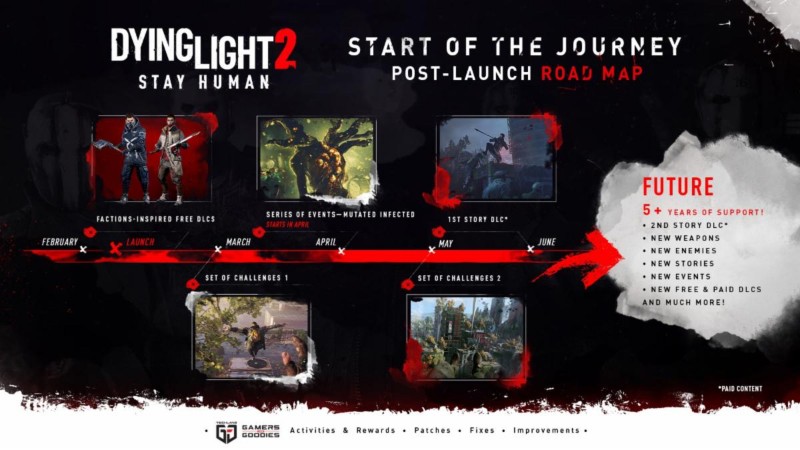 As you can see in the image above, the first bit of DLC will launch in February alongside free Factions-inspired content. Then, sometime in March, Techland will release its first set of Dying Light 2 challenges, followed by a series of events featuring mutated infected in April. Fast forward to May, and you’re looking at another set of challenges coming to the game. Then in June, you can expect the first paid story DLC.

The five-plus years of support include the following, according to Techland:

Dying Light 2 hits PlayStation 5, Xbox Series X/S, PlayStation 4, Xbox One, and PC on February 4. It will hit Switch later since that version was delayed.

While waiting for its release, read about how Dying Light 2’s main story will last about 20 hours (although completing every single thing in it will take upwards of 500 hours), and then check out how that 500-hour length compares to other notoriously long games. Read about the different performance and resolution modes in Dying Light 2 once you’re done with that.

Do you think you’ll be playing Dying Light 2 Stay Human for five years? Let us know in the comments below!