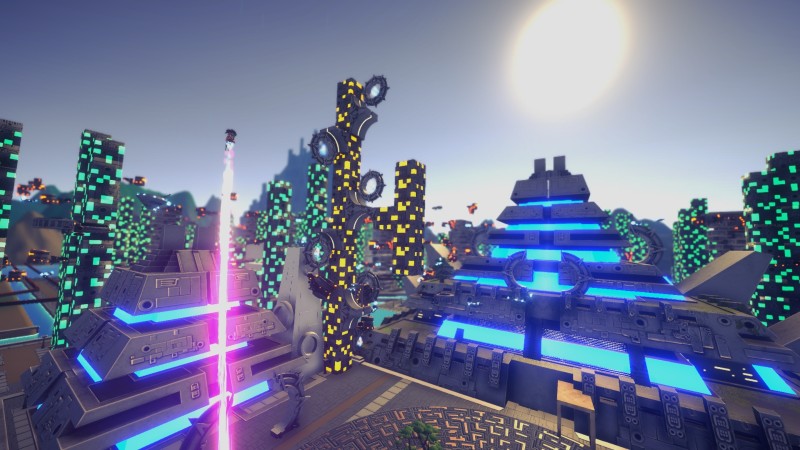 Azetch Forgotten Gods, the third-person action game that blends Mesoamerican culture with sci-fi trappings, arrives on March 10. Nintendo fans may remember the game’s debut during last April’s Indie World showcase, and it comes from the team behind Mulaka.

Aztech unfolds in a technologically advanced Tenochtitlan. Instead of lying in ruin as it does in real-life, Aztech’s version of the Aztec city never came into contact with Europeans, allowing it to flourish. That doesn’t mean it’s safe from harm, however; an ancient and divine threat looms, ready to strike. It’s up to Achtli, a cybernetically enhanced warrior wielding a giant mechanical fist called the Lightbringer, to protect Tenochtitlan. In addition to pummeling foes with the Lightbringer, the rocket-powered glove also lets you propel Achtili across environments meaning Azetch is as much about mobility as it is action. Check out the latest trailer below.

You can play Aztech Forgotten Gods on PlayStation and Xbox consoles, Switch, and PC.