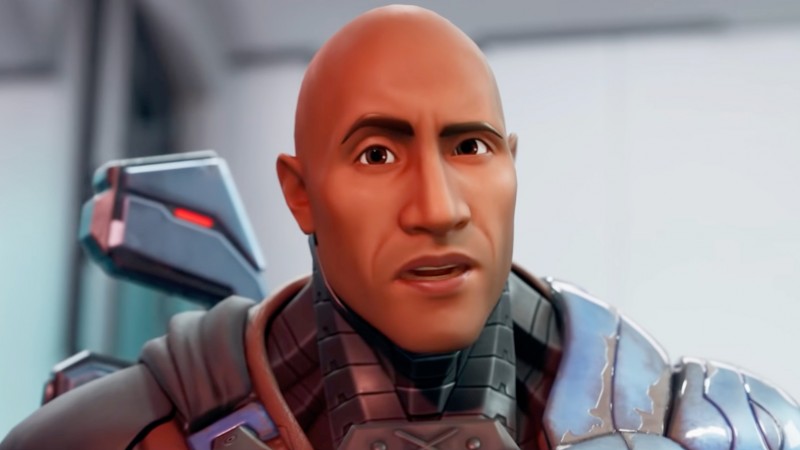 For Dwayne “The Rock” Johnson, it’s about drive and it’s about power. He stays hungry and he devours, and today, it’s been revealed that he’s putting in the work (and the hours) to create another video game movie.

Johnson is no stranger to the silver screen, which is where his career resides these days following a great run in professional wrestling. In fact, he’s not even a stranger to being the star of video game adaptations on the silver screen, having starred in the 2005 Doom movie and 2018’s Rampage. In a new interview with Men’s Journal, Johnson said a video game adaptation he’s in will be announced this year, as reported by GamesRadar.

“I can’t tell you which game in particular we’re doing, but there will be an announcement this year,” he said. “We’re going to bring one of the biggest, most badass games to the screen – one that I’ve played for years.”

Alright, let the theory churn begin. Fortnite seems like a given, right? He plays The Foundation in it and has been heavily connected to the game for a while now. However, describing it as “badass” would be odd. Sure, Fortnite is a ton of fun and it features exciting gameplay, but it doesn’t scream “badass.” Perhaps he’s taking another shot at a Doom movie? A Call of Duty movie wouldn’t be surprising, either – it’s one of the biggest video game franchises on Earth and Johnson is one of the biggest names in Hollywood at the moment.

What video game do you want to see Johnson adapt? Let us know in the comments below!

Source: Game Informer Dwayne ‘The Rock’ Johnson Is Working On A Video Game Movie And It’ll Be Announced This Year