Pokémon Legends: Arceus Copies Are Out In The Wild So Beware Of Spoilers 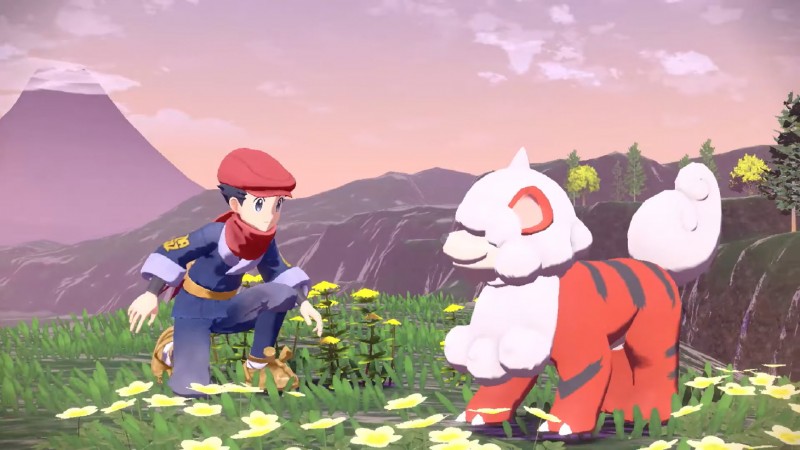 Pokémon Legends: Arceus is out next Tuesday and if you’ve managed to stay away from spoilers this long, you might want to consider muting some terms on Twitter and staying away from Reddit. That’s because copies of Pokémon Legends: Arceus are out in the wild in the hands of some fans and as expected, screenshots, story details, and more from the upcoming RPG are being shared online.

We won’t spoil any of that here, but just to contextualize the kind of leaked information that’s now floating out there, we’ve seen the title screen, multiple characters, different cosmetics, a small snippet of an earlier cutscene, story details about the Hisui region, and we’ve even seen two recordings of songs from the game. As people with copies already continue to play, we expect even more spoilers to pop up online, too.

If you’re active on Twitter or video game-centric subreddits, you’ve no doubt already seen that copies of Pokémon Legends: Arceus are out in the wild and based on what we’ve seen leaked, you really don’t want to accidentally stumble upon some of these. Doubly so if you’re someone who doesn’t want to know a thing about the new take on Pokémon before it hits shelves next week.

All of this is to say: Be careful out there.

In the meantime, why not check out some officially released things about the game? Last week, Nintendo released a 13-minute trailer for Pokémon Legends: Arceus that gave us our best look yet at the upcoming game and it’s worth a watch if you’re still wondering what gameplay is actually like. Read about how Hisuian Voltorb is still a Pokéball somehow after that and then check out the Hisuian forms for Zorua and Zoroark in Pokémon Legends: Arceus.

Are you excited for Pokémon Legends: Arceus? Let us know in the comments below!

Source: Game Informer Pokémon Legends: Arceus Copies Are Out In The Wild So Beware Of Spoilers