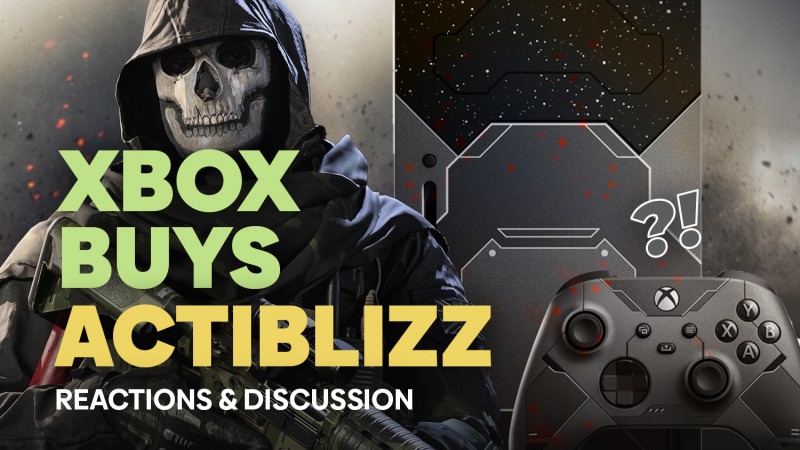 Today history was made. Microsoft announced it’s purchasing Activision Blizzard for a reported $68.7 billion, and the face of the video game industry is entirely different. Join Alex Stadnik, John Carson, and Wes LeBlanc as they discuss the implications of this landmark deal and what it could mean for the future of video games.

First up in our video, we recap the news from the morning and bring you up to speed with the important details surrounding the colossal acquisition. We break down the aforementioned price point but also contextualize it with some of Microsoft’s (and Disney’s) previous purchases that seemed outrageously expensive at the time.

From there, we list all the franchises Xbox owns, from large AAA titles to the long-forgotten but beloved mascot platformers and all the rest. It’s one thing to hear that Microsoft now owns 30+ studios in-house. It’s another to look through a list of all the actual titles now under its umbrella.

Next up, the boys move on to how they think the Microsoft acquisition will change the industry at large. Will Sony react by buying up studios for itself? Or will the publishing giant be content with a year filled with God of War, Horizon, and more? What about the other companies such as Netflix or Amazon chomping at the bit to finally strike big in an industry where success has eluded them thus far? It’s equal parts fascinating and terrifying, and we do our best to brush off our crystal balls and discuss the future.

Finally, we say goodbye by discussing what positives this situation can create and what we’re excited to see from the merger, such as the de-annualization of Call of Duty and the return of some long-lost Activision properties.

If you enjoyed this chat, we have plenty more on the Xbox Activision acquisition. Be sure to check out Wes’ complete overview of this morning’s news, Bobby Kotick’s letter to the company, and more later this week!