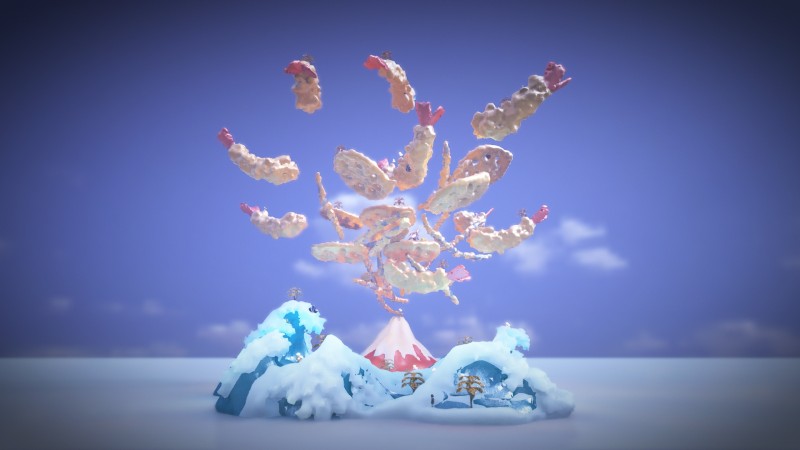 Last November, Q-Games announced that its shuttered collaborative multiplayer game The Tomorrow Children would be rising from the grave. We still don’t know when players will be able to resume building islands as unsettling doll-like characters, but players have a chance to contribute something new to the experience thanks to a new contest.

Q-Games’ contest invites players to design an island of their own from scratch. You see, The Tomorrow Children is all about working alongside players to rebuild the world, known as The Void, after a neo-Soviet experiment goes awry. Landmasses take the form of islands and, to promote the game’s spirit of contribution, one of these could be custom-made by you.

No game development experience is necessary. If you have the imagination and some decent artistic chops, you’re as qualified as any other entrant. Your concept can be a drawing, a 3D model, or whatever visual representation you prefer. There are some rules to note, which you can read in full here. The major stipulations are that the winners won’t be paid for this, and they’ll surrender claims to any intellectual rights their creation. Winners will be included in the game’s credits, however. It probably goes without saying that designs featuring plagiarized elements or are overtly violent and/or sexual will be disqualified.

You can submit entries beginning today by visiting the contest’s website. Submissions close on February 1, and Q-Games will announce the winners on July 15. Given that timeframe, it’s likely The Tomorrow Children won’t be relaunching during the first half of the year. We’ll have to see if it makes it out again before the end of 2022 and if it will remain a PlayStation exclusive now that Q-Games has regained the rights.

What do you think of this contest? Are you interested in entering? Let us know in the comments!

Source: Game Informer The Tomorrow Children's Relaunch Can Feature An Island Of Your Creation Via A New Contest