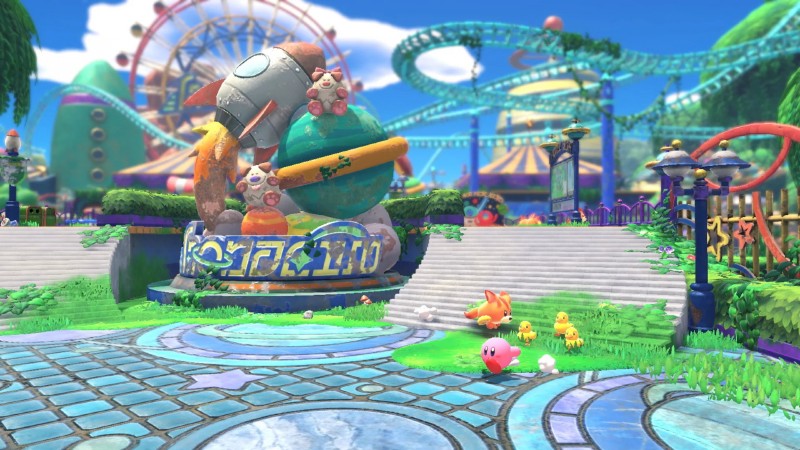 Kirby and the Forgotten Land was only just announced back in September of last year, but thanks to a new trailer for the upcoming game released today, we know it’s releasing very soon.

Kirby and the Forgotten Land was revealed as a Spring 2022 game, which could’ve placed its launch during any of the year’s earlier months, but today’s trailer reveals that it will be released on March 25. That’s just around the corner and it seems Nintendo is ready to reveal even more details about the game, with a gameplay trailer that showcases Kirby’s copy abilities and news that co-op will be a feature in the colorful (seemingly) post-apocalyptic title.

“Join Kirby in an unforgettable journey on a delightful 3D platforming adventure,” the trailer’s description reads. “Explore in 3D stages as you discover a mysterious world. Inhale enemies to gain copy abilities like the new Drill and Ranger. Use these skills to save the kidnapped Waddle Dees from the Beast Pack. You can also bring along a second player to control Bandana Waddle Dee and take on the forgotten world.”

Breaking down some of the copy abilities we spotted in the trailer, it looks like Kirby can become a mage of sorts, a tornado, a hammer-wielding fighter (which Kirby can use to open up new areas), and of course, a sword-slashing warrior.

As for what else is shown in the trailer, we also get a better look at the open-world-esque Forgotten Land. While it doesn’t appear to be completely open, we do see Kirby flying to different parts of the map, be it a city or a beach, landing, and immediately jumping into the action. The stages look quite big, too – somewhere between a level from Super Mario 3D World and Super Mario Odyssey. We also get a glimpse at an impending faceoff between Kirby and Meta Knight.