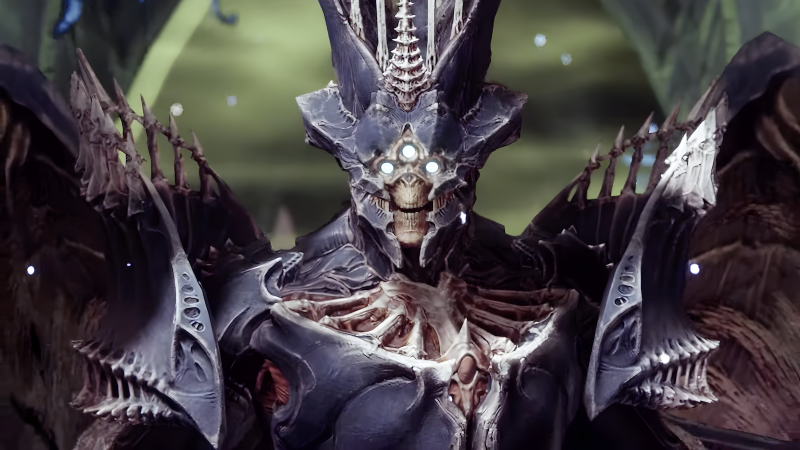 Bungie revealed way back in 2020 that Savathûn, the sister of Oryx from Destiny’s The Taken King, would be getting her own expansion and last year, the studio revealed that our guardians would be taking on The Witch Queen come February.

With February 22 right around the corner, Bungie’s marketing for the upcoming Destiny 2 expansion has been ramping up and today, the company released a trailer all about the new exploration area in it: Savathûn’s Throne World. As seen in other trailers, Savathûn is a big fan of anything with a dark hue of green and her throne world is no different. However, all is not as it seems there as Savathûn considers the area to essentially be an extension of her mind.

“Tell me, oh honored guest,” Savathûn says in the trailer. “Why would you want to escape? This Throne World is indistinguishable from my own mind, Guardian. Every step taken, every bullet fired, I keep and count them all. It’s not too late to turn around.”

That’s not foreboding at all…

As you can see in the trailer above, the Throne World looks quite unique compared to other places we’ve visited in Destiny 2, with a distinct horror feel to it all. It also looks quite diverse, too, which is exciting. The trailer’s description mentions Savathûn’s “glistening palace” and “gnarled roots in the swamp” so it sounds like there’s a journey ahead of us before actually reaching Savathûn’s Throne.

We’ll all learn more when The Witch Queen hits Destiny 2 on February 22.

While waiting for this expansion, check out Game Informer’s Lore Refresher on Savathûn and then read about how you’ll need need the digital deluxe edition of The Witch Queen to play through its dungeons, less you want to purchase them separately. Watch this narrative-focused trailer for Destiny 2: The Witch Queen released back in December after that.

Are you excited for The Witch Queen expansion? Let us know in the comments below!