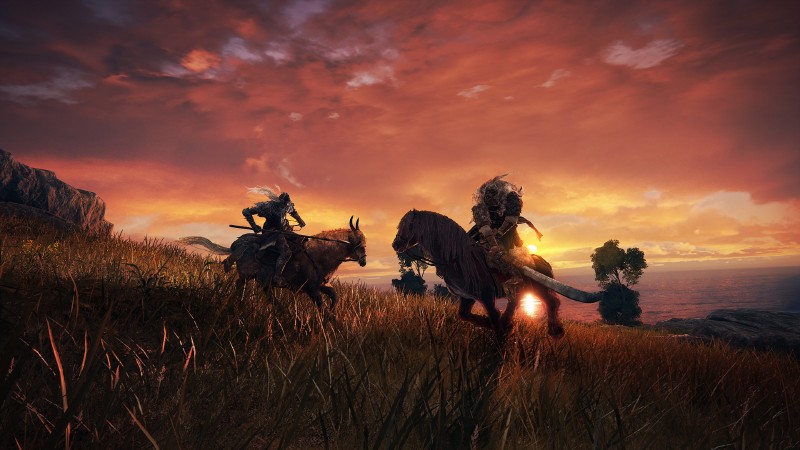 Elden Ring is seemingly the hype train that just won’t stop and with less than two months to go until release, it is now officially Steam’s most anticipated title.

That’s because From Software’s upcoming action RPG is now the most wishlisted game on Steam. It’s an impressive feat for Elden Ring as Techland’s highly-anticipated sequel to 2015’s Dying Light held that spot for 12 months, as reported by Eurogamer. Steam’s “Top Wishlists” page is a great indicator for Steam player hype, but unfortunately, it does not reveal any specific numbers.

However, someone wishlisting a game does not automatically translate to a purchase so if there were numbers, it wouldn’t necessarily be indicative of how much Elden Ring is going to sell on Steam. It’s a great indicator for general excitement around the title, though, and considering Dying Light 2 held the top spot for a year (after taking it from Cyberpunk 2077), Elden Ring is sitting pretty.

For context, here’s what the top 10 on Steam’s “Top Wishlists” page looks like right now:

As you can see, Elden Ring is sitting above some very exciting releases such as Starfield, the PC version of God of War, and the sequel to indie darling Hollow Knight, Hollow Knight: Silksong. Hopefully, Elden Ring delivers on all the hype it’s garnered so far. One Game Informer editor who previewed the game seems to think so.

For more about Elden Ring, check out some gameplay from this New Gameplay Today segment and then watch the latest trailer released for Elden Ring. Read about the different resolution and performance priority modes featured in Elden Ring after that.

Are you excited for Elden Ring? Let us know in the comments below!