Horizon Forbidden West Trailer Spotlights The Cultures Of Its Tribes 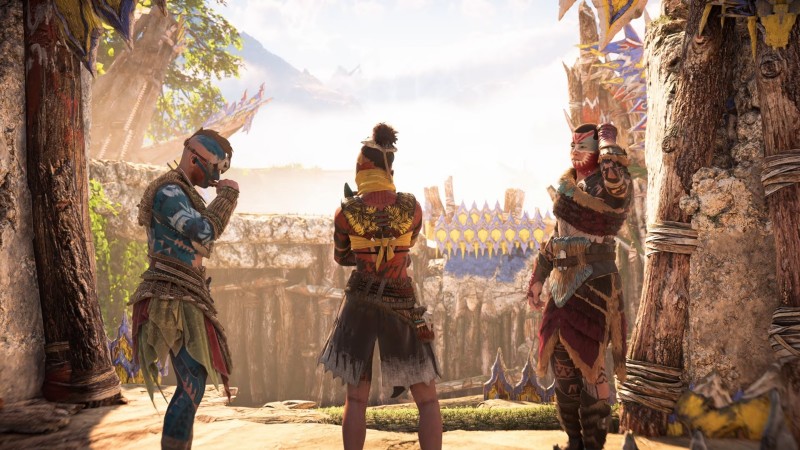 Horizon Forbidden West’s new west coast setting isn’t just inhabited by fearsome new machines. Aloy will also encounter tribes and cultures, some friends and some foes. Guerrilla Games released a video reintroducing players to familiar tribes such as the Oseram, Utaru, and Tenakth, giving a rundown of their culture and standing in this region of the country.

We see the Utaru, a culture in tune with nature, singing songs in an effort to cure their land of the blight. On the flip side, the battle-hardened Tenakth, which is divided into three clans, serves as the dominant tribe in the Forbidden West. One of those clans is the Regalla, the rebel faction shown in previous trailers that are at war with their fellow clansfolk. As powerful as the Tenakth is, the trailer hints at rumors of an even stronger group residing on the outer reaches of the Forbidden West.

Horizon Forbidden West launches on February 18 for PlayStation 5 and PlayStation 4. It’s also our cover story of the month, so be sure to visit our dedicated hub (embedded below) for exclusive news on the game’s opening hours, its new machines, and never-before-seen screenshots. Sony also announced a new Horizon game, Call of the Mountain, that is being developed as an exclusive for its newly revealed PlayStation VR2. Read all about it here.