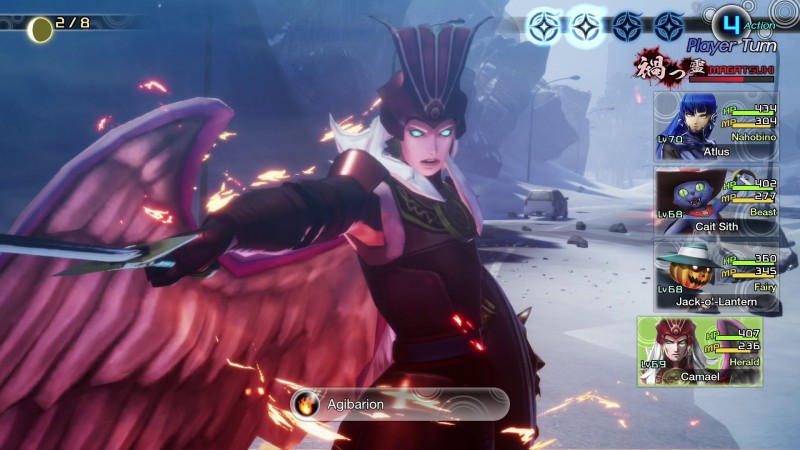 Japanese publication Famitsu released its annual list of New Year’s cards from a range of the nation’s developers/publishers. It allows companies the chance to thank fans for their support over the last year, tease upcoming projects, and share success stories of recently released titles. In Atlus’ case, its message reveals that the recently released Shin Megami Tensei V has performed very well during its short lifespan while planting seeds for its next title.

So far, over 800,000 copies of Shin Megami Tensei V have been sold. Atlus states this is a cumulative sales number, implying digital sales are accounted for. This makes SMT V the best-selling entry in the long-running series despite only launching less than two months ago, shattering Shin Megami Tensei IV’s lifetime sales of 600,000+.

The publisher has an eventful 2022 ahead, namely, celebrating Persona’s 25th anniversary. We already know that Persona 4 Arena Ultimax comes to modern platforms in March, but Atlus teases other surprises are in store. Lastly, Atlus states it has an unannounced project is in the works.

Couple this news with the upcoming Switch port of the well-received 13 Sentinels: Aegis Rim, and Atlus is sitting pretty heading into the new year. Shin Megami Tensei V’s success is great to hear, though not entirely surprising. After all, it was one of our runner-ups for The Best RPG of 2021, which you can read all about here.