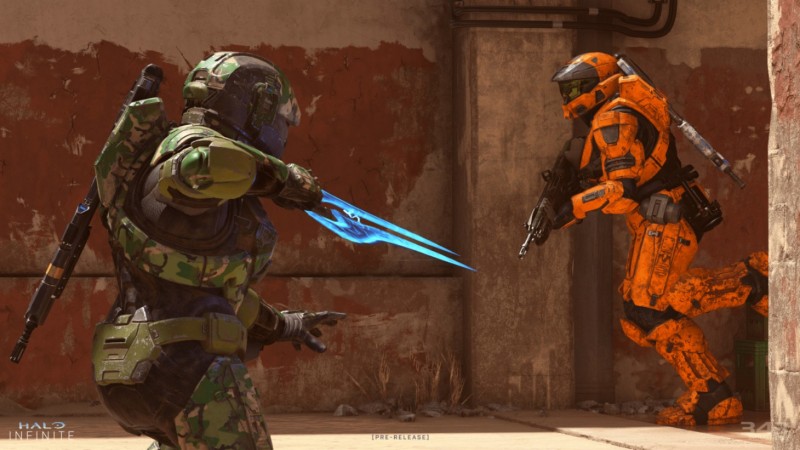 There are decent Halo Infinite players, really great players, ranked Onyx players, and then there’s Remy “Mint Blitz,” an Australian streamer who won more than 100 free-for-all matches in a row.

First reported by Kotaku, Mint Blitz originally set out to win 50 consecutive free-for-all matches in the recently-released (and free-to-play) multiplayer portion of Halo Infinite. After winning 50 in a row, though, he upped the ante and sought to win 100 consecutive matches…and he did it. In fact, he continued on to win even more, finally breaking the streak around “105, 106 straight” wins.

The streamer said it took him about a week to amass 100 consecutive wins and it went essentially flawlessly, save for one hiccup: his PC froze and he was forced to quit out of Halo Infinite. However, his video shows that he was up by 10 points, meaning he was almost certainly going to win. Considering a PC freeze is out of his hands, Mint Blitz absolutely gets the pass on that. When he booted the game up again, he was back to his winning streak.

After all was said and done, Mint Blitz provided some feedback for the free-for-all mode. At the top of his list was the lack of Sniper Rifles present in free-for-all. He said it spawns on just one map and even then, only about 50 percent of the time. This forced him to tackle the challenge in a different way (rather than relying on sniper multi-kills, which he seems to indicate is how he would have typically completed so many wins in older Halo titles).

He also highlighted some guns he found especially useful, and some odd quirks he discovered with them, too. Mint Blitz says the Shock Rifle is great – it insta-kills with a single headshot – but that in order to get a headshot, you have to actually shoot behind a player when they’re running in a direction. He also said the Plasma Pistol needs its EMP features back, but that otherwise the classic “noob combo” – fire a charged blast, switch to a precision weapon like the pistol Sidekick, and take them out with one quick shot – works as well as ever.

He said the Mauler is probably the best gun in Halo Infinite, citing its large ammo capacity, its deadly precision, and its strong melee. If you watch his video, you can see that the Repulsor is something he uses quite often to launch enemies off cliffs and over gaps to fatal deaths, too.

“Winning 100 games straight was incredibly stressful,” Blitz says in the video he posted on YouTube breaking down the feat. “I had my friends, and when I was reaching the 90s, they all [said] ‘don’t choke at 100, Remy, don’t choke. It’d be really bad if you messed up the last game.’ I was panicking that I was going to choke.”

The streak came to an end after he couldn’t outkill someone on Halo Infinite’s Bazaar map, though. Here I was feeling proud of myself for ranking up into Diamond…

What do you think your longest Halo Infinite multiplayer streak could be? Let us know in the comments below!