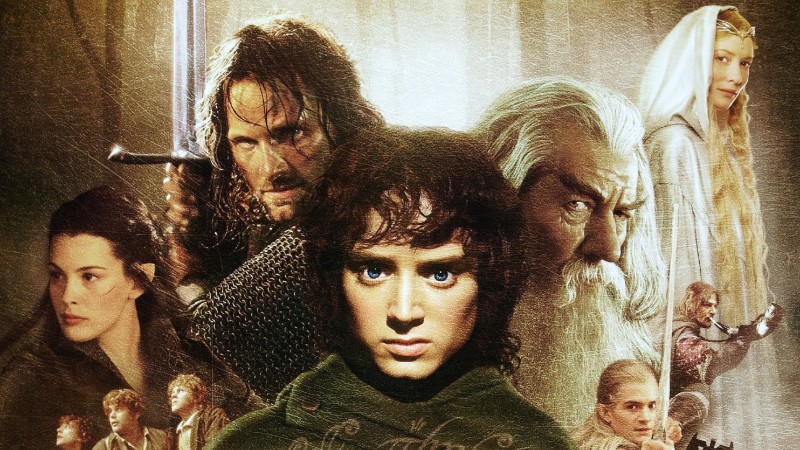 If you’re anything like me, I want to apologize in advance because you’re really about to feel your age:  Peter Jackson’s Lord of the Rings: The Fellowship of the Ring turned 20 years old yesterday.

Pretty wild, right? I knew the movie was old, but hearing that it was 20 years old, having first released into theaters on December 19, 2001, was a lot to take in. With 20 years behind it, a beloved movie that many still regard as an all-time high for fantasy storytelling in cinema, I figured it’d be fun to take a look at what 2001 looked like when “The Fellowship of the Ring” hit theaters. What consoles were we all playing? What were the most significant games that year? As you might expect, these fun little tidbits will feel as aging as the news that The Fellowship of the Ring is 20 years old, so mentally prepare for that. Without further ado…

When Peter Jackson’s first Lord of the Rings movie hit theaters, there’s a good chance you skipped its theater release to play video games, and that’s because you might have been too excited to leave your Gamecube or Xbox. Nintendo’s purple Gamecube console hit North American markets on November 18, 2001, just one month before The Fellowship of the Ring hit theaters.

Three days before the Gamecube, Microsoft officially entered the console market with its brand new Xbox on November 15, 2001. There was this super popular launch game that you might have been preoccupied with on Xbox, too. Hmmm, what was it? Fusion Frenzy? Heck no (although Fuzion Frenzy is amazing)! I’m talking about Halo: Combat Evolved!

Elsewhere, Surreal Software, The Whole Experience, and Pocket Studios worked on Windows, PlayStation 2, Xbox, and Game Boy Advance versions of The Lord of the Rings: The Fellowship of the Ring, a game released in September 2002. That would be the first 3D Lord of the Rings game, with War of the Ring and The Hobbit releasing in 2003. The Lord of the Rings Online would be released four years later in 2007, and believe it or not, it’s still receiving expansions today – the Fate of Gundabad expansion hit the MMO this year!

Some other notable 2001 games include Final Fantasy X, one of the most popular entries in the entire series, Metal Gear Solid 2: Sons of Liberty, Grand Theft Auto III, which was the first game in the franchise to make the jump to 3D, Tony Hawk’s Pro Skater 3, the first-ever Devil May Cry game, and arguably one of the best action sports games ever released, SSX Tricky (please remaster this already, EA). Super Smash Bros. Melee also hit Gamecube in 2001, and that’s a game still beloved today – Nintendo even recently announced official tournament support for the 20-year-old fighter.

Ahhh, the passing of time…

Do you remember seeing The Fellowship of the Ring in theaters? What games, books, movies, and music do you remember enjoying that year? Let us know in the comments below!