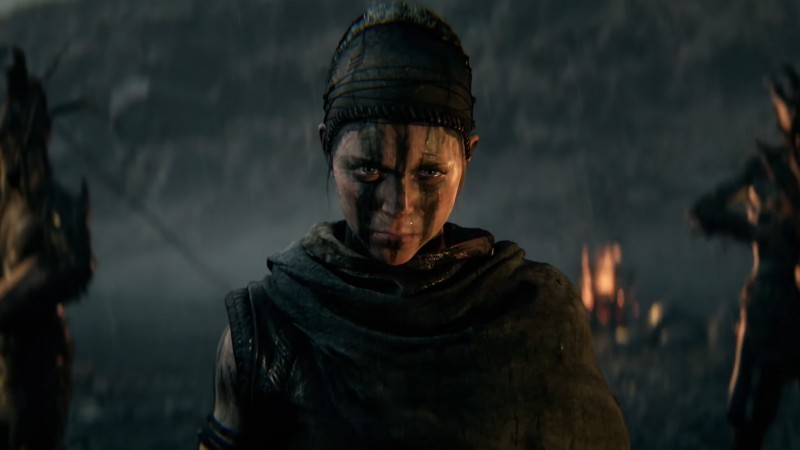 The trailer opens with protagonist Senua entering a cave with allies as an impossibly large, human-like beast stalks outside. When the giant beast walks into the cave, subsequently collapsing on the wall, the team attacks the monster, setting it ablaze. Soon after, Senua’s team goes up in flames, as the beast slams its way around, trying to strike back at its aggressors. Spotting Senua and the remaining allies left living, the crew retreats, trying desperately to run away and retaliate as best it can.

Senua and her team’s efforts to bring down the beast all fall short as it continues to chase them outside of the cave, smashing surrounding structures. The trailer ends with the creature asking Senua for help. Senua replies, saying, “I know you,” as one of the voices in her head says “It’s you.” The trailer ends there.

Host Geoff Keighley said at the end of the trailer that what we were watching wasn’t a cinematic, but real gameplay, though it was hard to tell how interactive anything shown off in the trailer actually was – the camera was constantly whipping around during the trailer, seemingly indicating at least part of it was, in fact, cinematics. At the very least, it stands to reason everything we were seeing was running in-engine.

Hellblade II: Senua’s Sacrifice will be released on Xbox Series X/S and PC. It will also be available through Xbox’s Game Pass subscription service. No release date was given.