Solar Ash Review – A Rollercoaster Of Style And Substance 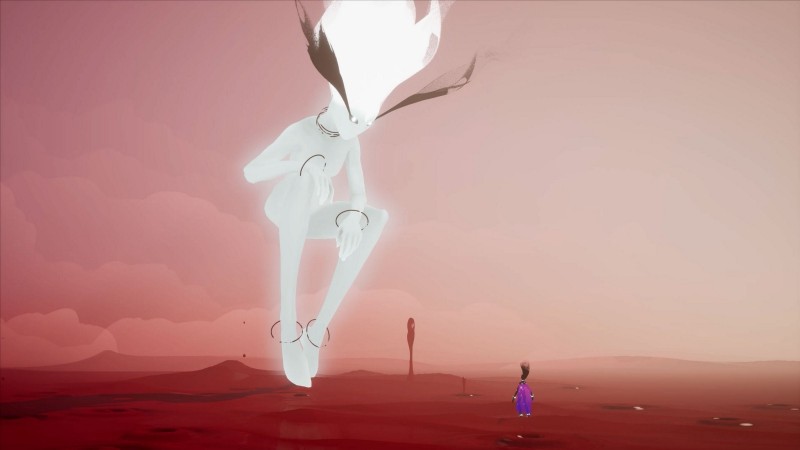 Rei awakens, dazed and confused within the Ultravoid. She’s a voidrunner, meaning she explores black holes with the help of advanced technology. Unfortunately, the Ultravoid is an exceptionally massive black hole with Rei’s home planet ensnared in its vacuum. Time is of the essence; Rei was sent into the Void as part of a team to activate the Starseed, a device designed to collapse the black hole and save her planet. But her allies have vanished, and the Ultravoid has native defenses in the form of ink-like monsters. With dire stakes and Hail Mary solutions, Rei’s solo mission is worth seeing through to its surprising conclusion in this impressive high-speed action platformer.

Activating the Starseed requires slaying six Remnants, humongous beasts that hold dominion over the Ultravoid’s handful of biomes. Awakening these titans is the first step, which involves destroying giant eyeballs connected to them scattered across the landscapes. Thankfully, Rei is a nimble explorer. Solar Ash is all about the flow of movement, and getting around the Ultravoid is a wonderful rush. Rei’s skating feels swift but controlled; I never lost control when it wasn’t my fault, even in the most precarious areas. Even better, she instantly recovers speed when slowing down becomes necessary. I gleefully leaped across floating ruins, bubbling lava pools, and acid waterfalls with calculated recklessness thanks to the expert placement of platforms and grind rails. No matter how far I jumped, I always had a landing to target.

Lock-on grapple points and a slow-motion aim mechanic work well and are woven perfectly into platforming puzzles. I only wish transitioning between grind rails was snappier. Given the speed of Rei’s grinding and how far she can launch, it’s easy to overshoot rails, given their close proximity.

I regularly said, “wow,” whenever I stepped into a new biome. Solar Ash is beautiful. Its striking color palette and an almost spherical world design lend the experience a dreamlike quality. You can skate up and around this cosmic playground from seemingly impossible angles, and looking across inverted landscapes is always a trippy delight. Each area adds fun twists that take advantage of your movement, such as carrying rapidly fading mushroom spores to matching colored nodes to sprout vines for grinding.

Everything in the game is in service of keeping you moving, and that extends to the simple but satisfying hack n’ slash combat. Most enemies drop after only a couple of hits, meaning you can easily kill them without stopping. Gracefully eradicating foes while artfully dodging their attacks never ceases to feel cool. My favorite encounters are against the Remnants. These towering monsters come in different shapes and sizes, including a bipedal warrior or a flying bat-like creature. They essentially act as moving platforming puzzles and are the final exams of your skills. Racing across their writhing forms to quickly shatter nodes across their bodies is a reflex-focused, white-knuckle affair that had me holding my breath and fist-pumping in triumph. Taking too long and getting vaporized back to the ground is frustrating, but that was usually due to an errant choice in my platforming and often fixed by a quick course correction.

I also appreciate Solar Ash’s elegantly clean overall design. I wasn’t burdened by complicated mechanics or even new abilities for Rei. She retains the same small skillset throughout the experience, with collectible suits offering useful passive buffs, such as health-restoring attacks or increased speed boosts. Along the way, you collect currency in the form of plasma used exclusively to upgrade your health. Bizarrely, however, defeating each Remnant triggers a sequence that removes one notch of health. I’m not sure what the point is in constantly spending thousands of plasma to regain the same disappearing hit point, but I’m not a fan of it.

Solar Ash’s gripping tale of desperation and hope against all odds serves as another highlight. I felt for Rei, who is a rookie inadvertently burdened with the weight of her entire species. The story evolves her almost stubborn optimism and sense of duty in an effective – and surprising – way I won’t spoil. I came into Solar Ash expecting to feel indifferent towards Rei, and I’m pleasantly surprised to emerge feeling the opposite.

Sprinting around the world is fun, but I was more than willing to slow down to absorb the intriguing lore along the edges, which fleshes out the Ultravoid’s history. Journal entries present fascinating tales of survival from those trapped within the Void. While these story beats are positioned as sidequests, uncovering the tragic arcs of Rei’s allies and the few surviving NPCs feels necessary as they feed into Rei’s character development and the story’s primary themes of loss, regret, and isolation. One standout tale involves a native of the Void grappling with his race’s tradition of sacrificing themselves to maintain the cycle of life and death. The writing even does a great job of making you care about CYD, your AI helper and one faithful companion, as the loneliness of the Ultravoid eventually rears its head.

Solar Ash had me racing across its cloud-covered playgrounds in the early hours, searching for the next fun platforming segment. By the remaining hours, I was running to see the conclusion of its gripping narrative. Solar Ash oozes as much substance as it does style, making for a wholly entertaining space romp. 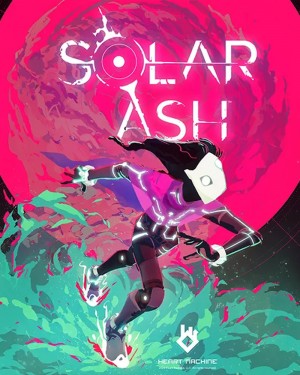 Concept: Explore a massive black hole and prevent it from consuming your planet by slaying colossal beasts to activate a powerful device

Graphics: Solar Ash’s vivid environments are stunning. Most screenshots are worthy of being printed and hung on your walls

Sound: Quality voice-acting serves as a surprising highlight, and a great soundtrack manages to be both grandiose and eerie

Playability: Skating and leaping across the fractured landscape feels smooth as butter. The smartly designed levels make it easy to maintain your forward momentum, even during combat

Entertainment: Solar Ash plays as well as it looks with a strong story at the heart