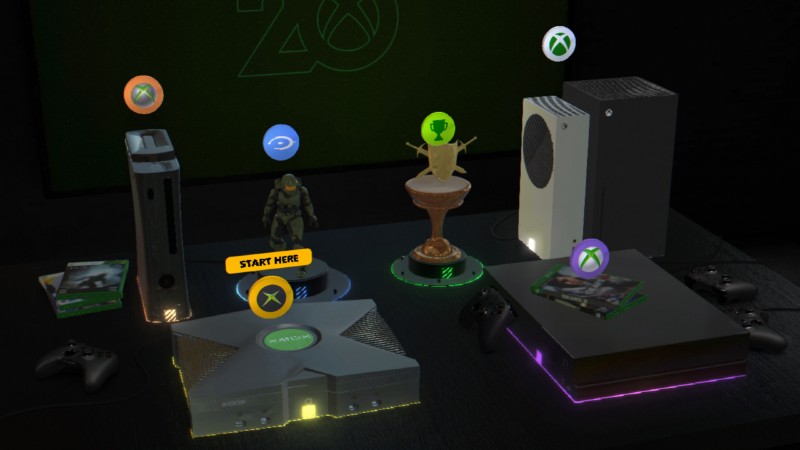 With it being Xbox’s 20th anniversary this year, the company has done a lot to commemorate the special milestone. There’s the limited edition Adidas shoes, the fancy Halo Xbox Series X, and more. Now, there’s a digital Xbox museum you can peruse through, too.

Getting there is quite simple – head to museum.xbox.com. We highly recommend signing in because doing so will create a museum space unique to you that features information about your history with Xbox as a brand, your achievements, and more. That’s not all, though. Within the museum are multiple other sections for your metaverse-like avatar to visit: the original Xbox, the Xbox 360, the Xbox One, the Xbox Series X/S, and a Halo section. 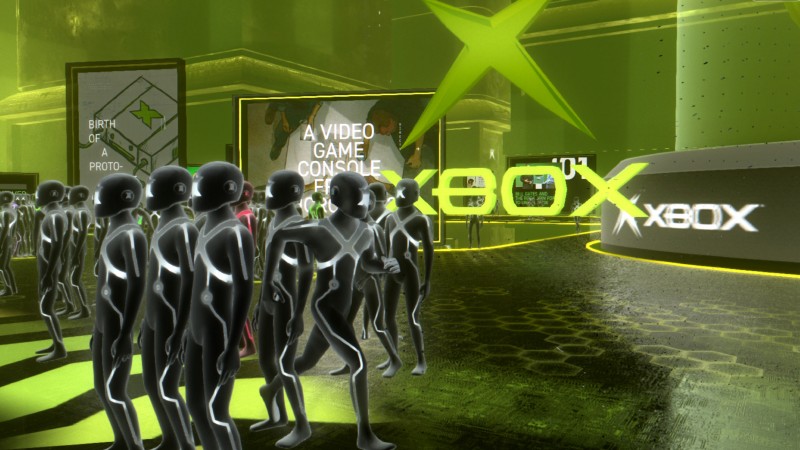 As you walk through each museum section using your keyboard, you can place your 3D avatar into yellow circles on the ground. These circles are found in front of museum exhibits and once in the circle, you can interact with the exhibit to learn more. For example, in the original Xbox space, there’s a circle in front of an exhibit with the title “Bill Gates and The Rock join forces to unveil Xbox.” Upon interacting with this exhibit, you’ll be taken to an interactable story that features information about this unveiling, a video of the event, and more.

That’s what each of the digital exhibits is like, too, and it seems like making your way through the entire museum would take hours. It’s quite an expansive lineup of information, not to mention it features your own personal history with Xbox in a section as well.

Head to museum.xbox.com to tour through the exhibit yourself and then catch up on some of Game Informer’s Halo Infinite coverage – it’s Halo’s 20th birthday too this year, after all. After that, check out these Xbox 360 Adidas sneakers and then take a look at this new Halo Xbox Elite controller.

What’s your favorite Xbox memory? Let us know in the comments below!