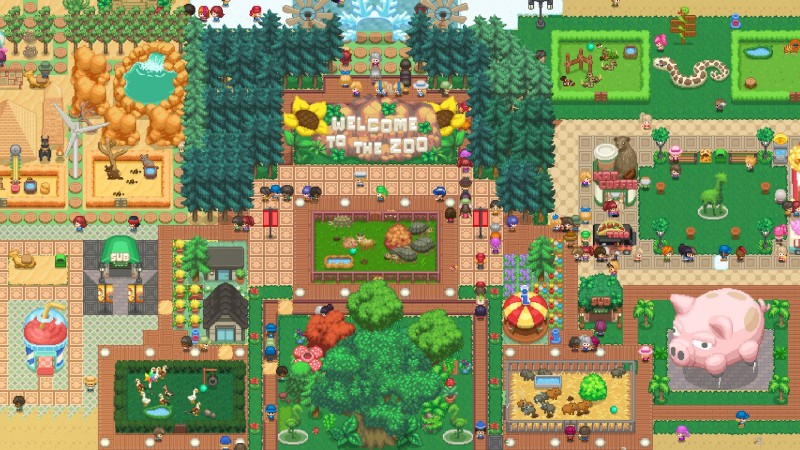 The quirky Let’s Build A Zoo opens its doors to enterprising zookeepers on November 5. The game hands you the keys to your own sanctuary of animals that you can take in several directions. Whether you want to promote conservation, turn it into a soulless money-making machine, or concoct brand-new creatures using a gene-splicing mechanic, Let’s Build A Zoo has you covered.

This goofy title lets you erect and design enclosures, buildings, and other infrastructure to house your furry attractions and entertain guests. Though it looks simple, layers of systems allow for a deeper level of play and plenty of customization, including a morality system. Kind-hearted players can properly care of their animals, promote environmentalism, and even save some species from going extinct. Those who prefer to walk on the dark side can exploit critters by building factories designed to squeeze as much cash out of them as possible.

The game’s other prominent feature is gene splicing. Do you find plain old giraffes boring? Mix its DNA with, say, a bat and see what you get. The game boasts over 300,000 possible combinations of animals; maybe your zoo can exclusively showcase your horrific mistakes miracles of life. Let’s Build A Zoo is coming to PC via Steam for $19.99.

Source: Game Informer Splice The Abominations Of Your Dreams In Let’s Build A Zoo This November