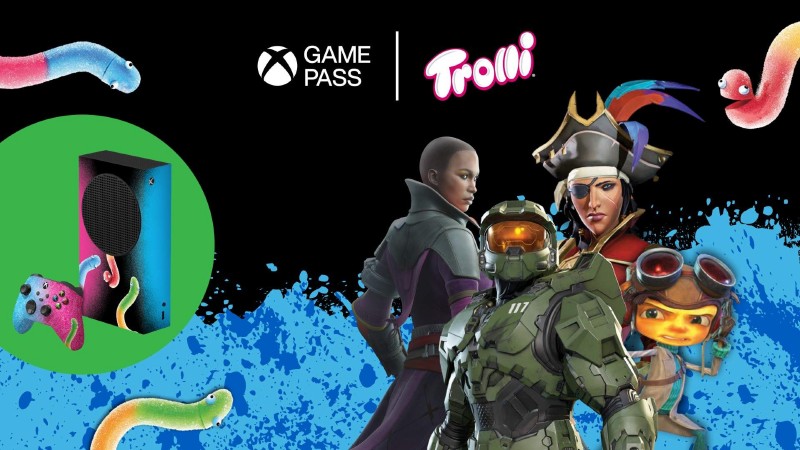 Everybody’s got that one snack they like to eat while gaming (unless you’re pure of heart and keep snacks away from controllers) and if Trolli’s gummi worms are your thing, you’re going to want to sit down. That’s because Trolli is giving away 20 custom gummi worm-themed Xbox Series S consoles.

Announced as part of Xbox’s ongoing 20th anniversary celebrations, Microsoft has teamed up with Trolli to create limited-edition gummi snack packaging and give 20 lucky winners a custom Xbox Series S.

Each of these packages features a code for one month of free Xbox Game Pass. If you upload your receipt to Trolli’s Xbox landing page, you’ll be entered in for a chance to win one of the 20 exclusive Xbox Series S bundles. Each of those comes with the custom Xbox Series S, a matching gummi-wormified controller, and three months of Xbox Game Pass Ultimate.

Will you be picking up some Xbox-themed Trolli snacks? Let us know in the comments below!