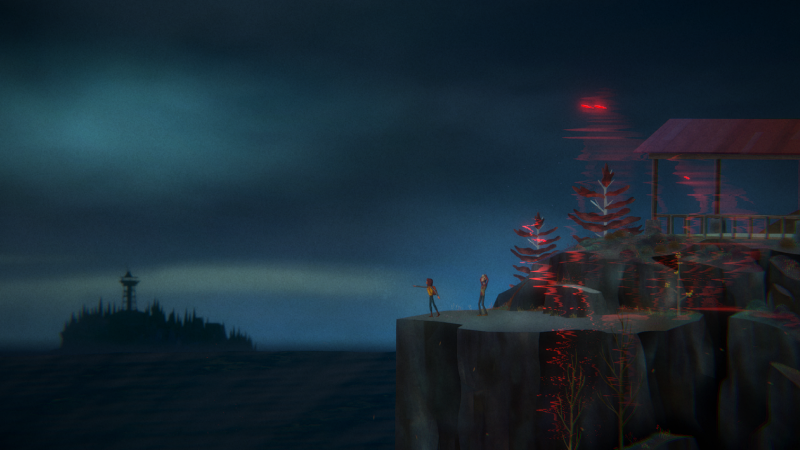 Last week, Netflix announced it had acquired Night School Studio, developer of the Oxenfree series and Afterparty. During a recent interview, we briefly chatted with Night School’s co-founder and studio director Sean Krankel about the new partnership and what it means for both the studio’s immediate and long-term future.

Night School is currently developing Oxenfree II: Lost Signals, planned to be released sometime next year. As Krankel tells us, the Netflix acquisition has no impact on the game’s development; Oxenfree 2 is still on track. Despite now owning the studio, Netflix isn’t involved with this particular project – MWM Interactive is publishing Oxenfree II.

But following Oxenfree II’s release, Netflix will take over as Night School’s publisher. Night School is the first studio the streaming giant has acquired during its push into the game industry. Back in July, Bloomberg reported Netflix had hired Mike Verdu to help lead its video game division. Before Netflix, Verdu served as an executive at EA and Facebook, working on mobile gaming at the former and developer relationships for Oculus at the latter. As Netflix develops its game platform, Krankel says Night School will help form that future alongside the company.

“It really was this very – I hate overusing the word organic, but it just kind of came together organically,” Krankel tells us. “We were not shopping ourselves around, and we got to a point where the more we talked to them, the more our visions really aligned for what we like to do and where they want to head with the platform.”

“I think the way I would think about the acquisition is much more like, what’s way down the horizon?” Krankel says. “Where do we head with that? And that’s stuff as they develop the platform, we get to help form some of that with them, and we’ll figure out our next concepts down the road. But as of right now, yeah, Oxenfree II is our main focus, and they [Netflix] don’t want to change course on that even a little bit.”

This acquisition isn’t the first time the two companies have been involved with each other. As The Verge reported in 2019, citing anonymous sources from both Night School and Telltale Games, Night School was developing a never-announced video game adaptation of Netflix’s hit series, Stranger Things, “set to bridge the gap between seasons 2 and 3 of the show.” Telltale Games was the game’s publisher, but when the studio closed in 2018 (before being effectively revived at the end of 2019), as one source told The Verge, the game “just sort of evaporated,” never officially being canceled.

According to Krankel, Night School’s current deal with Netflix is wholly removed from its prior time working with Telltale on a Stranger Things game. While he did confirm the validity of the report and the game’s development, he tells us the two events were “totally unrelated.”

“I think even as we started talking to them recently – basically, we’ve been talking to them for maybe six, seven months about a variety of different projects – but I don’t even know if they knew that we were making a Stranger Things game,” Krankel says, laughing. “So yeah, that definitely – that was us working directly with Telltale on that, so we didn’t have as much of a direct connection.”

The games that come out of Night School and Netflix’s new partnership remain to be seen. However, Krankel tells us that during conversations before the acquisition, the two parties were in lock-step. Night School has been praised for its adventure genre work, specifically how it approaches naturalistic dialogue and branching storytelling. As the developer continues expanding upon these ideas, Krankel tells us Netflix is completely behind Night School’s vision.

“It just really grew organically out of us talking about visions for games and wanting to make games that let people interact with [stories] in new ways,” Krankel says. “We don’t want to templatize what we do, but rather we want to keep pushing forward on either brand-new story ideas or brand-new mechanics ideas, and all of that was like, ‘Check, check, check. That sounds awesome to us,’ when we were talking to Netflix.”

Night School Studio’s next game, Oxenfree II, is planned for a 2022 release on PlayStation 5, PlayStation 4, Nintendo Switch, and PC.