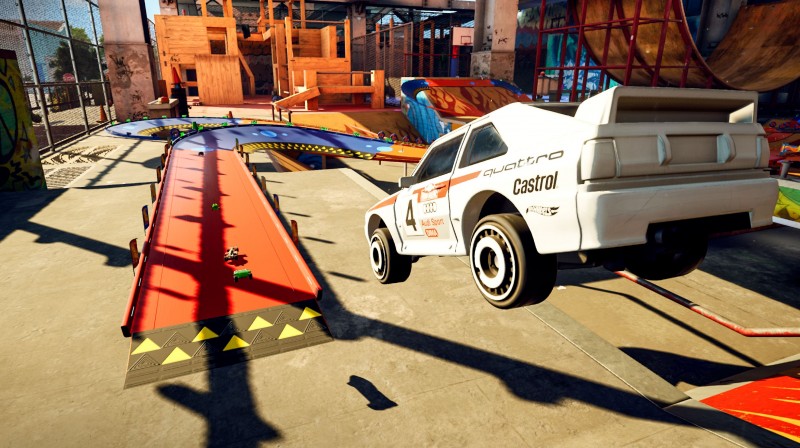 You could be forgiven if you were ready to dismiss Hot Wheels Unleashed as another shameless licensed release vying for younger gamers’ attention, but that would be a mistake. While the game is undoubtedly entertaining to share with the family, this racer is more than it first appears. Thanks to the rewarding speed, clever course design, and a bevy of customization options, these tiny cars pack a big punch, delivering many hours of racing thrills through single-player, multiplayer, and creation tools.

Developer Milestone recognizes the nostalgia many have for Hot Wheels and ably taps into that fondness. Unleashed doesn’t try to translate the cars into a life-sized real-world setting. Instead, you race along kitchen counters, basement floors, and college classroom chairs, navigating driverless toy vehicles through preposterous loops and blazing straightaways. While players unlock various (often bizarre) vehicles through blind boxes and direct rewards, the core controls are straightforward, with an easy-to-learn drift mechanic that you can master if you wish to elevate your play. Even though the action is arcade-like, and the environments are playful, a gratifying sense of speed, accentuated by a push-your-luck boost button, keeps the excitement high.

Couched in a tour through “Hot Wheels City,” the campaign features an impressive selection of A.I. races and time trials, with a scattering of secret paths and rewards for the devoted player. I was especially taken with the course design, which seems to draw inspiration from classics like F-Zero and Mario Kart, loaded with ramp jumps, silly obstacles, and plenty of time spent pushing against the inexorable pull of gravity. After some early and uninteresting “get-to-know-you” tracks, the later races are challenging and thrilling, especially boss races that pit you against set pieces inspired by familiar Hot Wheels tracks.

Whether tackled side-by-side on the couch with two-player split-screen, or with up to 12-players online, the multiplayer suite isn’t complicated, but it’s certainly a good time. Races offer the same excellent course layouts with the additional challenge of living opponents, and it’s easy to hop in and create a private lobby, or quick-join an existing lobby to start voting on the next track.

A big part of the real-life Hot Wheels experience has always been track-building, and Milestone worked to let you easily design courses. Like any level creator, it requires patience to learn how to set up enjoyable curves, paths, and obstacles, but you can eventually craft your dream racetrack. I’m disappointed that Milestone didn’t include a more robust way to enjoy others’ creations; as it is, other players’ tracks only show up as an option in specific multiplayer matches, and there is no way to rank them. Beyond the Track Builder, I was happy to find other systems to encourage creativity, including a photo mode, livery customization, and an exceptionally flexible basement builder, in which you can dramatically reimagine one of the game’s primary environments to your preference.

I’m pleased that the core racing experience and customization tools are on point, but not everything is up to high standards. Unleashed looks a bit dated compared to the photo-realistic visuals of most modern new-gen racers, even accounting for the toy car aesthetic. The music is grating and repetitive, which is a problem made far worse by a pitch/rhythm shift whenever you boost. I eventually turned the tunes off entirely. Gameplay lacks some of the features I’ve come to expect, like multiple camera angles for my car or tracking info on my opponents’ locations. Most of these concerns are easily overlooked when you’re coasting through a giant looping turn ahead of launching your car out of a volcano, but experienced racing fans may notice some missing pieces.

In its best moments, Hot Wheels Unleashed feels like a rollercoaster, albeit with a greater ability to steer the action. These are the Hot Wheels tracks you dreamed of zipping through when you were a kid, ramping off buildings, or accelerating through your home’s air ducts. The breakneck speeds and delightfully silly tracks don’t make this incredibly sophisticated, but it’s one of the more amusing racers to hit the starting line in some time. 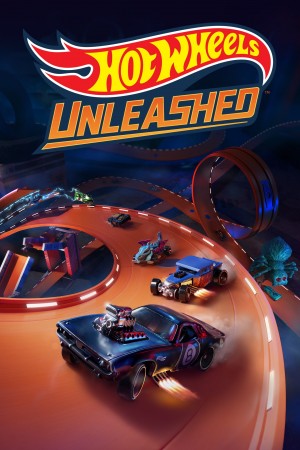 Summary: These tiny toy cars pack a big punch in this new racing game, in which excellent course design and a powerful sense of speed add up to a thrilling ride.

Sound: The rare circumstance where the music actually detracts, thanks to an infuriating pitch/speed shift every time you boost

Playability: Responsive controls and an easy-to-learn drift mechanic get you going quickly, so the complexity is all about learning the cars and courses

Entertainment: More enjoyable and captivating than a first glance suggests, this arcade-style racer is fast and fun