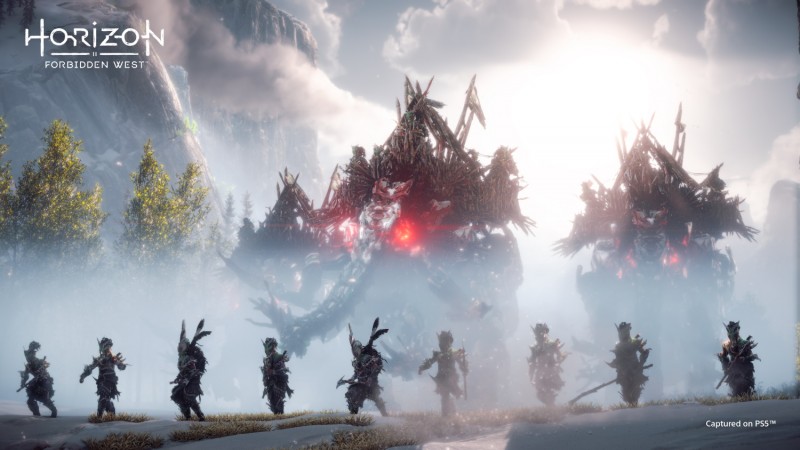 Information about Horizon Forbidden West is relatively scarce – and for good reason. The game is still a ways off, but we’ve been fortunate enough to see extensive gameplay footage and learn about Aloy’s visual/narrative evolution throughout the two games. However, according to a recent job posting, developer Guerrilla Games might be looking to branch out into more multiplayer-focused experiences. Whether this has anything to do with the Horizon franchise or a new IP scheduled for release in the very distant future remains to be seen. In any case, the team is looking to hire MMO experts.

According to VGC, two job postings on Guerrilla Games’ career webpage stand out the most: senior social systems designer and senior games writer. The former applicant needs to “[Report] to the Lead Game Designer [and] work within a core team of multiple designers focused on social systems and player engagements … engage players in social interactions to create lasting relationships; where compatible players can create Guild-like groups to explore together.” And the latter role might not seem immediately unique in any way. Still, a part of the description reads as follows: “Possess extensive knowledge of stories and narrative design in open-world RPG games, online games, and MMORPGs.”

Horizon Forbidden West’s story takes place in a vast open world. We know that Aloy traverses a crumbling San Francisco, but any other potential cities/locations remain to be seen. Once again, you’ll battle majestic, mechanical fauna, but Aloy comes equipped with new tools this time around. Smoke bombs that stall enemies, sticky grenades, and valor surges – playstyle-adapting abilities on your skill tree – are a few examples of the gear at your disposal. If Guerrilla Games does indeed have plans to bring multiplayer modes to the Horizon series, it would be interesting to see how combat changes to support large-scale raids or small parties.