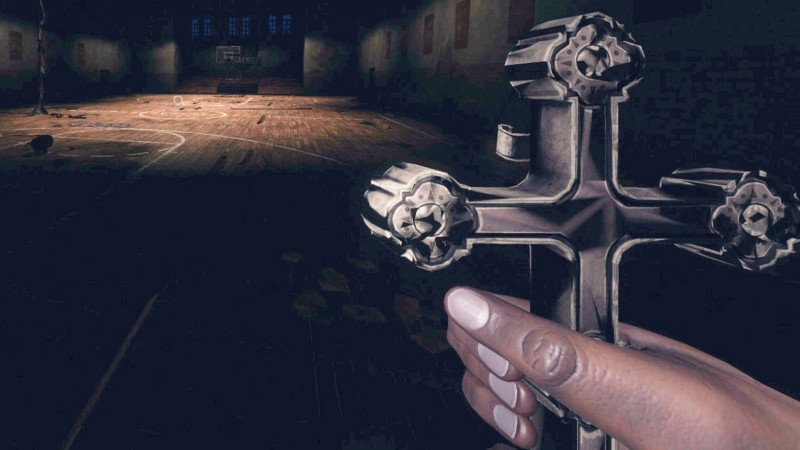 When Phasmophobia first hit Steam as an Early Access title last year, we emphasized that it was the perfect Halloween game. More than that, if you’re ever looking to live out any paranormal investigator phantasies alongside a crew of gutless pals, then the ghost-hunting “detective” game is for you. I scare easily and have still put dozens of hours into Phasmophobia, slowly creeping through its haunted domestic and liminal environments. From sudden temperature drops to flickering lights, the atmosphere is always intense, and death waits for you in every vacant classroom or unassuming bathroom. In celebration of its one-year anniversary, Phasmophobia is allowing players to explore (and, hopefully, survive) by themselves in a new single-player mode.

Our one year anniversary update is now out!

I would just like to thank everyone for their amazing support over the past year. It has been an incredible time!

You can read the full patch notes here: https://t.co/CFpUQyo1rK#Phasmophobia

The Anniversary Update patch notes can be found on the game’s Steam page and come with noticeable and small-scale tweaks alike. For instance, a journal overhaul means that keeping track of environmental clues and poltergeist tendencies is more accessible than ever before. You can cross off evidence on the ghost evidence page of the journal. At the same time, a complete redesign makes information more understandable so that you can spend more time getting scared than standing in the middle of an abandoned living room with a book out.

The new single-player mode comes attached with an option to play offline; you won’t be connected to any servers. The loop remains the same – grab a bevy of equipment from the van, venture into a spooky locale, jot down any suspicious activities while avoiding a one-way ticket to the afterlife, and submit your final verdict on the type of supernatural entity that you’ve encountered. Cooperative play will still be Phasmophobia’s bread and butter, but if you’re raring to jump in even when your buddies aren’t around to watch your back (madness, I say!), then that option is finally available. For more details on the update, click the link above.

Any Phasmophobia fans here? Have you been dying to play solo? Have you already tried out the Anniversary Update? Let us know what you think in the comments!