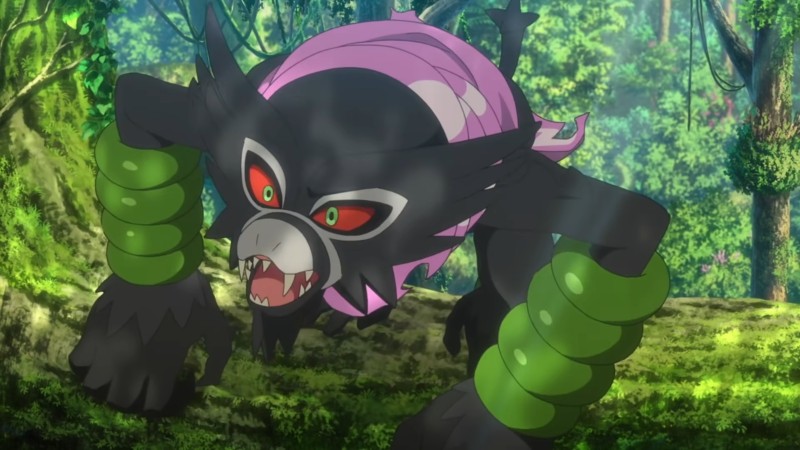 To celebrate the upcoming worldwide premiere of the animated film Pokémon the Movie: Secrets of the Jungle, The Pokémon Company is giving out codes to add the film’s Dada Zarude as well as Shiny Celebi to Sword and Shield. All you have to do is subscribe to the Pokémon Trainer Club newsletter.

Pokémon the Movie: Secrets of the Jungle hits Netflix on October 8. The film premiered in Japan last December after suffering a delay due to the pandemic. The film centers on Koko, a boy who was raised in the jungle by a Zarude. Thus, he grew up believing he himself is a Pokémon. Ash and Pikachu stumble upon Koko and his monstrous caretaker and befriend them, but they’re not the only ones to find their isolated jungle paradise. A team of researchers discover a powerful secret within Koko’s forest and waste no time trying to tear it down to obtain it. Check out the trailer below.

By signing up for the newsletter before September 25, you’ll receive an email with codes for your scarf-rocking Dada Zarude and pink-colored Shiny Celebi. You can then punch in the code via the Mystery Gift Box option in-game. If you don’t mind ignoring promotional emails from The Pokémon Company, this sounds like an easy way to nab a pair of unique pocket monsters.

While Sword and Shield have been treated to content updates such as this as well as full expansion, many trainers’ eyes are firmly locked onto the future. Namely, the arrivals of the Brilliant Diamond and Shining Pearl remakes in November and the open-world Pokémon Legends: Arceus in January. With a new Pokémon animated film arriving just before, the next few months look pretty good for fans.

Will you be picking up Dada Zarude and Shiny Celebi? Let us know in the comments!

Source: Game Informer You Can Claim A Scarf-Wearing Zarude And Shiny Celebi In Pokémon Sword And Shield