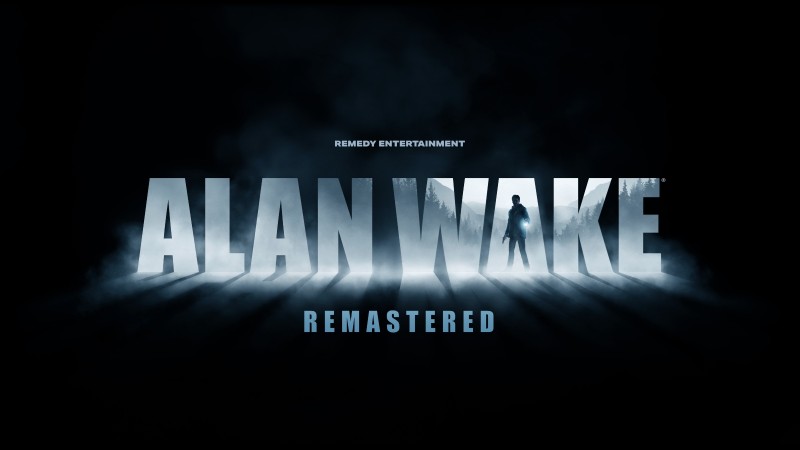 Alan Wake is stepping back into the spotlight (or flashlight?) thanks to the reveal of the much-rumored remastered edition of his surreal 2010 adventure. Alan Wake Remastered arrives later this year and bundles the main game, its two DLC expansions, The Signal and The Writer, and commentary from Remedy creative director Sam Lake. The entire package is shined up to a 4K polish to give fans and newcomers the best-looking version of the supernatural thriller.

Remedy revealed the game in a unique fashion by posting an open letter penned by Sam Lake to fan community, The Sudden Stop. The enthusiast website covers all things Alan Wake and Remedy as a whole. Thus, the studio decided there was no better place to unveil the game than in front of its most passionate followers.

“Alan Wake Remastered is the original experience you fell in love with all those years ago. We did not want to change that. But the visuals all around, including the character model of Alan Wake himself and the cinematics, have been updated and improved with some choice next-generation upgrades,” explains Sam Lake in the letter.

If you haven’t played Alan Wake, the psychological horror game tells the story of the titular author who, after suffering a long bout of writer’s block, travels with his wife, Alice, to the small lake town of Bright Falls in search of inspiration. Alice mysteriously vanishes shortly after arriving, and Alan discovers his writing is coming to life thanks to a malevolent phenomenon. A  dark force has also possessed the town, taking the form of shadow creatures. Their only weakness is light, so a flashlight serves as your primary weapon in what becomes a harrowing, Twin Peaks-esque mystery.

In our review, we scored Alan Wake 8.5 out of 10, with Game Informer editor-in-chief Andrew Reiner describing it as “an engaging horror mystery that brings the heart of Stephen King’s style of storytelling to the interactive medium.” The game has since acquired a cult following, and while a true sequel has yet to happen, 2019’s Control brought Alan Wake back to the limelight by establishing a connective tissue to its events both in the base game and with its second expansion, AWE. Could the remaster be laying down more track for an Alan Wake 2? We certainly hope so, but we’re more than happy to revisit his debut outing in the meantime.

Alan Wake Remastered is coming to PlayStation 5, Xbox Series X/S, PlayStation 4, and Xbox One. The original Alan Wake was an Xbox 360 exclusive, so the remaster marks its first appearance on PlayStation platforms. Since Epic is publishing the game, it will also be available on PC as an Epic Store exclusive.

This remaster is far from the only project Remedy has in the works. Read here to learn more about its next big title as well as its follow-up to Control.