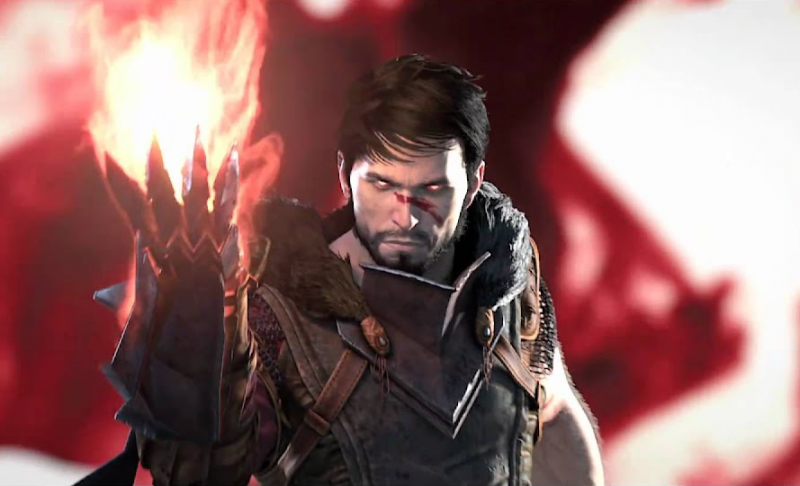 Dragon Age 2 did many things right – and many things wrong – but one thing that stands out the most to me is the tragedy that is Hawke. In many stories where there is a hero at the heart of the tale, that hero goes through Hell and back to become a shining beacon of triumph and prosperity. For Hawke, however, each win came with ten losses behind it, ultimately leaving them to be one of the most heartbreaking protagonists in gaming to date.

When we first meet Hawke in Dragon Age 2, they are a humble farmer from a small village near Amaranthine whose life is suddenly upended due to the ravaging Blight seen in Dragon Age Origins. Escaping a simple life alongside their mother, Leandra Amell – a former noble that left the “good life” behind to find love with her apostate husband, Malcolm – and their two siblings, twins named Bethany and Carver, the first loss ends up being one of many. When escaping the hordes of monsters thirsting for destruction, Hawke and their family experience their second loss following the death of Malcolm some years before. Depending on which playable class the player chooses, either Bethany or Carver will be crushed to death by a vicious ogre. It’s a startling way to begin any game, but what’s worse is this is one of the easier horrors that this family will face.

Because Hawke can be a male or a female in-game, I’m going to reference them as they/their solely so readers can easily envision their own Hawke.

When escaping to Kirkwall, a location suddenly overrun by refugees seeking safety and housing following the Blight, Hawke finds themselves in an unfamiliar place with no food, no money, and no place to call home. Luckily for them, Leandra hails from Kirkwall, and while she is no longer the noble’s daughter she was in the past, her brother, Gamlem, still resides within the city. Unluckily, Gamlem lives in the slums, squandering away the wealth the Amell line accrued following their parents’ death. In order to gain sponsorship to be allowed into Kirkwall, Hawke and their family must pay their way with blood, sweat, and tears. Suddenly thrust into indentured servitude, the Hawke line eventually claws their way out of poverty by killing and stealing, while also taking up some odd jobs here and there to ultimately raise the coin for a risky venture down into the Deep Roads. The risk? Gruesome death. The reward? Untold riches.

But, as with everything in Hawke’s path, this too goes wrong. This escape from the squanders of Lowtown comes with a price. Though Hawke solidifies a lifetime friendship with Varric, the best-damned character in the franchise, they must also be faced with another loss. This is another instance where there are several outcomes, depending on player choice, all of which result in another hit to the heart. If Carver is the surviving sibling, he can either come into the Deep Roads or stay behind. If he stays behind, Hawke returns to find that their brother has joined the Templar order to forge his own path, a decision that rips him away from the family and is made even more difficult if the playable Hawke is an apostate mage themself. Because the Templars in Kirkwall aren’t just Wardens of mages to keep them “safe” and others safe from them, many of the Templars in Kirkwall are jailers, abusers, and rapists under the paranoid rule of Knight-Commander Meredith Stannard. A ruler known for her heavy hand, an outcome from the Deep Roads drives her to the point of insanity, something we don’t see until the very end of the game. But for now? Now there is the Deep Roads.

If Carver comes with the party into the Deep Roads, there are two outcomes. One: if Anders is not present in the Deep Roads as one of the chosen party members, Carver will die following the discovery that he has been infected with the Blight when battling the Darkspawn that haunts the winding caverns. If Anders is present, there is a small Warden camp that can be found, effectively saving Carver’s life by having him perform the dangerous Joining ritual to become a Grey Warden. Either way, death has marked the younger sibling, with the latter decision giving him additional borrowed time, allowing him to spend the rest of his days battling out Darkspawn with his newfound brothers and sisters.

If Bethany is the surviving relative, then the same can happen to her, the only difference is that if she is left behind, Hawke returns to see her imprisoned in the circle under the Templar order’s careful watch.

Following a betrayal by Varric’s brother, the party eventually makes it out of the Deep Roads with the riches promised, allowing Hawke and crew to escape Gamlem’s decrepit home to reclaim nobility status within Kirkwall’s Hightown, at the sacrifice of one of the siblings one way or another. A victory to be sure, but one that pales in comparison to the losses ahead.

Now secure as one of the wealthy elite in Kirkwall, Hawke is once more at the epicenter of danger and ruin as the Qunari occupation boils over. The apex of this conflict revolves around two scenarios: either betray a close friend, Isabella, by giving her back to the Qun alongside the tome or side with her and battle the leader, known as the Arishock, in a duel to the death. This, of course, follows a tumultuous battle that left many citizens dead, including the Viscount with his head kicked down the stairs within the Keep as a symbol of the Qunari’s total conquest. Following Hawke’s victory, they are offered yet another title, that of the Champion. Little did Hawke realize at this time that this new title would come with the love and respect of Kirkwall, as well as the watchful eye of Meredith and those that mean harm beneath the belly of the city.

A part of Hawke’s tragedy is separate from themself, found within their companions:

Fenris, an escaped slave from Tevinter tortured to the point where his memory is erased, leaving him fearful and filled with hate regarding mages.

Anders, first met in Dragon Age Awakening, is an escaped apostate and former Grey Warden that harbors a spirit of Justice within him, a spirit that changes him irrevocably and leads to the final act of Dragon Age 2.

Merrill, a sweet Dalish elf with an obsession of preserving her People’s history, no matter the cost. We eventually learn what that cost is, when her blood magic leads to the death of those she holds dear.

Isabella, the free-spirited pirate first met in Dragon Age Origins comes from a harrowing past where she was treated as stolen goods, only to escape and find herself and what it means to be loved within this circle of misfit friends.

Varric, the rogue storyteller dwarf that defies stereotypes and loves a good drink. But behind his good-natured humor lies a past filled with betrayal, loss, and feeling unworthy of love.

Sebastian, a Starkhaven prince who lost his entire family and wandered to Kirkwall to avenge their death’s. Leaving the crown for a place at the Maker’s side as a brother, he’s basically one walking contradiction when looking for his place in life.

Aveline, a Guardsman whom Hawke bonded with when escaping to Kirkwall after she was forced to kill her then-husband, Wesley, when he became infected with the Blight. A crisis of identity, Aveline eventually becomes one of the strongest characters in the franchise.

As Kirkwall resettles from the Qunari invasion, Hawke must then contend with their new role as Champion as Meredith declines into chaos, Anders’ conspires to make a stand for mage rights, and the rest of the companions fall into their own personal tragedies, events that Hawke weighs upon their shoulders as if the burdens are their own. During these events, Hawke also suffers what is arguably their greatest loss: the murder of their mother by a serial killer blood mage obsessed with lost love. When they finally find Leandra after a trail of dead ends, it’s too late. They find her soul trapped within a dead body that is made up of several murdered women as they cradle her during her final moments.

Seeing this as yet another failure, Hawke fades into a depression and it’s here where they are forever changed, a change we see later in Dragon Age Inquisition.

What makes Hawke’s tale so tragic is that their heart is so open, especially so when playing the “blue” diplomatic path. They are always willing to help those around them, no matter the cost, and are just looking to keep those they love safe following so much loss. Unfortunately, those around them have their own tragedies, tragedies that unfold after asking for Hawke’s help, which feels to lay those failures at Hawke’s feet. Whether Merrill’s clan survives her thirst for Elven preservation or not, whether Sebastian finds peace under the Chantry’s roof, whether Varric comes to terms with his brother’s madness, whether Isabella can escape the memories of her past; the story of Dragon Age 2, while flawed with the gameplay mechanics of the game itself and short in nature, was one that was drenched with heartbreak and real human relation. Themes so easily relatable can be found within this fantastical tale of dragons, magic, and the journey of self-discovery. But even beyond Dragon Age 2, Hawke’s tragedy follows them into Inquisition, with a choice that can lead to their entrapment within the Fade with the Nightmare of all Nightmares, or a survival that will plague them for the rest of their lives.

There is no happy ending for Hawke. There is peace, if chosen correctly, that finds them back in Kirkwall with their best friend Varric, or there is certain death. There is a trail paved with death, murder, accusations. Feelings of “did I do enough?” and “how did I not see this coming?” when looking at Anders’ final actions at the end of the third act, an act that resulted in the Mage vs. Templar war that saw thousands killed and millions affected.

What makes Hawke so special to me, which is something I’ve talked about previously when exploring the hidden perfection within Dragon Age 2, is that their story is far from perfect. They are flawed. Confused, fearful, determined. Even with all of the support they find, even with all of the determination to do what is right and to be there for those they care about, it is always just shy of enough. Each misstep leaves a lasting scar, because Hawke was never meant to live happily ever after. That’s not real life. Some of us just have to be content with finding peace where we can and come to terms with the cards we’ve been dealt.