Who Are Marvel's Midnight Suns? 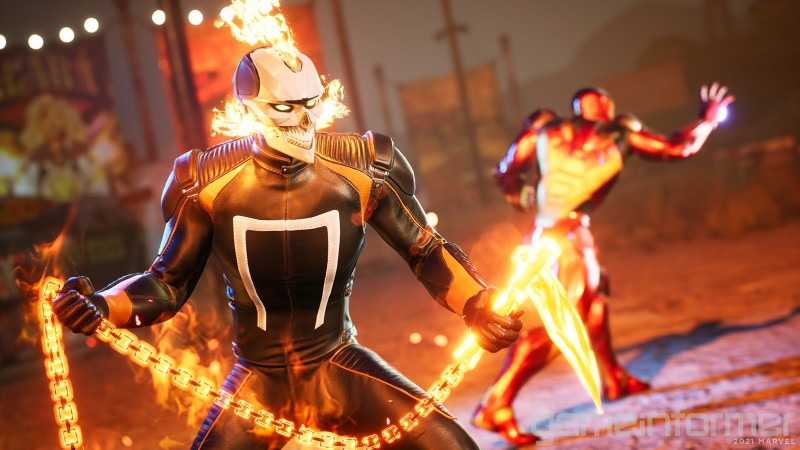 Marvel has a stable of some of the most popular properties in the world. However, the publisher’s well is so deep that some of its beloved franchises haven’t achieved widespread fame. Developer Firaxis dug deep into its longboxes for inspiration on its upcoming strategy/RPG, Marvel’s Midnight Suns. Who is this enigmatic group, and what makes them the perfect centerpiece for a supernatural epic? We spoke with Marvel and Firaxis to get the answers. Here is everything you need to know about the team of Marvel’s Midnight Suns.

Monsters and horror have a long history in the comic book world. In fact, horror comics are as old as superhero comics, but the genre’s popularity has waxed and waned over the years.

“In the ‘70s is when the Comics Code restrictions eased up a bit,” says Marvel Games’ VP and head of creative Bill Rosemann. “Before that, comic producers were very limited in showing vampires and werewolves and things like that. In the ’70s, things loosened up, and Marvel put their own stamp on the supernatural. They brought back classic monsters like Dracula and werewolves, but they made them distinctly Marvel … and of course it was a hit. Things ebb and flow, [monster comics] kind of went away in the ’80s, and they came roaring back in the ’90s with reworked versions of Blade and Ghost Rider. Then Marvel decided, ‘Hey, what if we made a team out of all these characters?’ And thus was born the Midnight Sons.”

In the late summer of 1992, Marvel debuted “Rise of the Midnight Sons,” an epic crossover event that brought together Blade, Ghost Rider, Doctor Strange, and several of Marvel’s other supernatural-themed heroes. In this story, the heroes worked to stop a sorceress named Lilith, the Mother of Demons, from opening a dimensional rift and conquering the world.

Firaxis is taking that kernel of an idea and updating it for a modern audience. One of the ways the studio is modernizing the property is by renaming the group Midnight Suns to be more inclusive. In Firaxis’ fiction, the Midnight Suns are a group of supernatural-themed heroes named after a celestial event also called the Midnight Sun. Lilith hopes to take advantage of this rare astronomical phenomenon and resurrect an elder god named Chthon that could devour our planet.

“I suppose there’s no way to do it without making it more modern,” says creative director Jake Solomon. “But we’re still really inspired by that original cool look. When we first thought about our group of Midnight Suns – for us, the original Midnight Suns is Nico and Magik and Ghost Rider and Blade – we always thought about them as like a punk superhero team. They are a very outsider superhero team. We always talked about them as the people hanging outside of [famed punk rock club] CBGBs in New York, and they just look like punks, but they’re actually these amazing superheroes. They’d be the ones smoking the cigarettes in an alley, and they’d see a skeleton walk by, and they’re like, ‘That’s our job. We’re gonna go take that thing out.’ These are very cool, kind of under-the-radar heroes.” 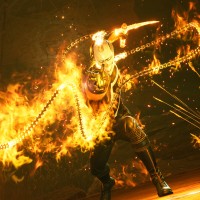 Who is Ghost Rider?

Firaxis’ Says: “Ghost Rider deals an enormous amount of damage, an enormous amount of damage,” says Solomon. “But everything he does inflicts a cost on himself or his allies. Once you get in tune with him, he’s great, but he’s always kind of riding the line. He’s great. He’s a huge weapon, but he’s always inflicting damage on himself or on his allies, so you have to be careful.” 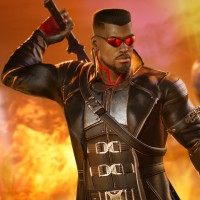 Firaxis’ Says: “This game is a lot about synergies,” says Solomon. “You’re always finding these new synergies because heroes have a lot of abilities. Every ability can be upgraded into a new version. On top of that, the abilities can then be modded by Blade at the Abbey. You can add random effects to every ability. All these attacks can then be upgraded, and if you take them to Blade, he can mod these abilities.” 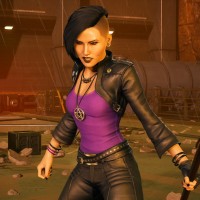 Who is Nico Minoru?

Powers: Nico has a natural magical aptitude but lacks formal training. She can fly and use magical telekinesis to levitate objects. However, most of Nico’s abilities stem from a rare magical artifact called the Staff of One. Powered by blood magic, the staff’s power grows as the user offers more of their blood

Firaxis’ Says: “She’s generally a support character, but her attacks are overly powerful,” says Solomon. “However, a lot of her attacks cannot be directly aimed. It’s more like it hits a random target, and then if it K.O.s that target, it just keeps going. She’s unpredictable in the sense that it could be the most amazing ability you’ve ever pulled off, or it could just be average. The cool thing about her is that you can set up situations where you’re like, ‘Okay, I’ve set up the board now, where she’s going nuke everybody with this one very simple attack.'” 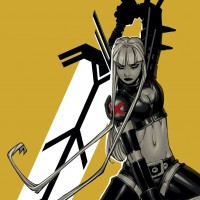 Powers: It’s complicated … Illyana has the mutant ability to control “stepping discs” that can teleport people across interstellar distances. At the age of six, she was kidnapped and imprisoned in a magical dimension where she trained as a sorcerer warrior. Illyana can also manifest her lifeforce into a powerful Soulsword that disrupts magic

Firaxis’ Says: “In the late ’80s, early ’90s, there were a lot of awesome, dark, supernatural stories at Marvel,” says Solomon. “The first comic book event I ever read was called Inferno. I was a big X-Men guy growing up, so this was an X-Men event where demons from this hell dimension of Limbo broke out and attacked New York, and all these heroes had to go to the rescue. But it was a mutant, a young mutant, who was captured and sent to Limbo and grew so powerful that she could almost stop the invasion herself. That was Magik. That’s why Magik and Limbo actually play a big role in Midnight Suns.”

Who Else Is On The Team?

Blade, Ghost Rider, Magik, and Nico comprise the core Midnight Suns team, and they are a formidable bunch, but they’ll need all the help they can get to have any hope of taking down Lilith. As a result, Firaxis worked closely with Marvel to create a brand new hero called the Hunter, who can manipulate light and dark energies to devastating effect. (Stay tuned in the coming days for deeper dives on both Lilith and the Hunter.)

And, if those weren’t enough heroes to play with, several of Marvel’s more-renowned champions are joining the Midnight Suns in their fight against Lilith. We don’t know the complete character list for the game, but Firaxis confirmed that iconic heroes such as Wolverine, Iron Man, Captain America, Captain Marvel, and Doctor Strange are all playable.

For more on Marvel’s Midnight Suns, be sure to check out our content hub throughout the month for exclusive interviews with the team, hands-on impressions, and a Rapid-Fire interview with creative director Jake Solomon by clicking on the banner below.