See What It's Like To Control IG-88 In Star Wars: Tales From The Galaxy's Edge 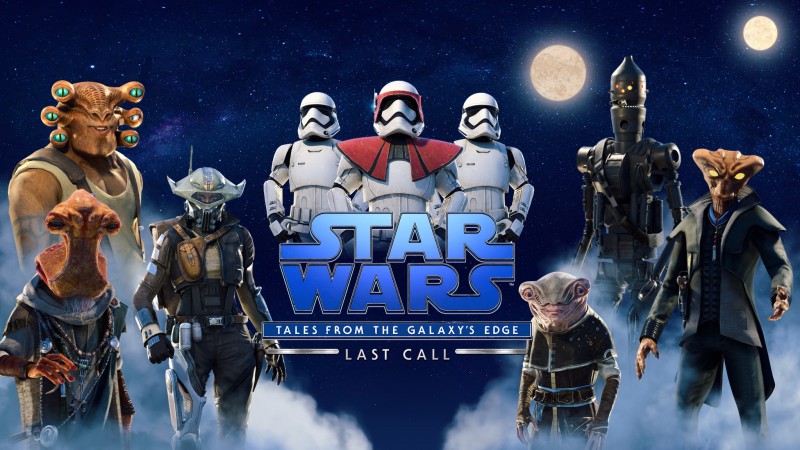 On September 15, ILMxLAB is releasing the final episode of Star Wars: Tales from the Galaxy’s Edge for Oculus Quest. Titled Last Call, this episode explores a variety of stories, giving players a deeper look at the inner workings of Batuu, the chance to see Ady’Sun Zee grow into a Jedi Knight, and a bounty to settle through the mechanical eyes of IG-88.

This feared bounty hunter is voiced by Rhys Darby, known for his work on Yes Man, Flight of the Concords, and as the pilot in the Jumanji movies. He also brought Russell to life in Half-Life: Alyx. You can see IG-88 in action in the trailer above. As you can see, this droid can quickly lock onto targets and packs quite the arsenal. IG-88 is tasked to explore the moon of Nar Shaddaa and track down his target, Boggs Triff.

The trailer also shows off what you can expect from the other stories. If you are exploring Batuu, Dok-Ondar requests your help in tracking down a lost artifact from Sardeevem Chasm. This place is crawling with threats, and you’ll also be asked to complete environmental puzzles to reach the artifact. One of the threats Is a hidden First Order facility. You won’t be exploring it alone, however. R2-D2, C-3PO, and Hondo will lend their support when they can.

Ady-Sun Zee’s time in the VR spotlight focuses on the training of her padawan, Nooa. This High Republic story looks to focus heavily on this training that even includes the construction of a lightsaber.

Source: Game Informer See What It's Like To Control IG-88 In Star Wars: Tales From The Galaxy's Edge