Sonic Colors: Ultimate Is A Great Way To Play The 2010 Gem 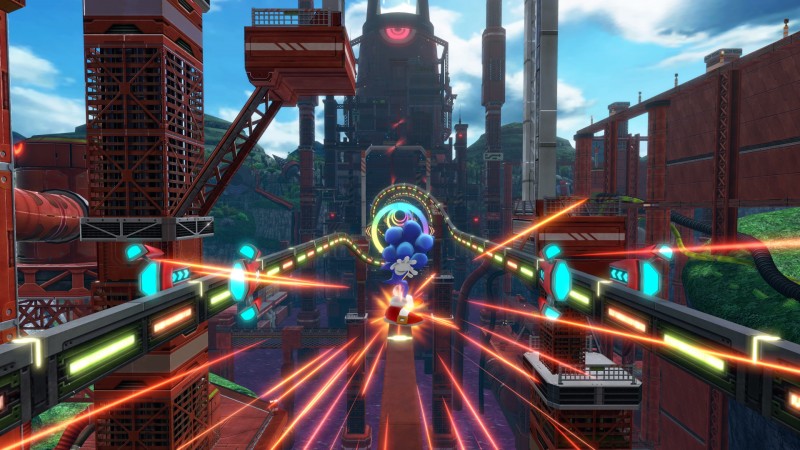 Sonic Colors arrived at a pivotal time in the history of the series. While several games during that era were of questionable quality, Sonic the Hedgehog (2006) served as a rock bottom for the franchise, and Sonic Team needed to right the ship. Thankfully, 2008’s Sonic Unleashed restored a lot of goodwill to the fan base. Its follow-up two years later, Sonic Colors, continued the trend and remains a beloved title to this day. Sonic Colors: Ultimate gives players a chance to experience the previous Wii-exclusive title again or for the first time. And regardless of which camp you fall in, Sonic Colors: Ultimate is worth playing.

As with every good remaster, Sonic Colors: Ultimate looks far better than the original version. The biggest leap forward comes in the form of the game finally being available with HD visuals after spending its entire existence to this point on the 480p Wii. Sonic Colors: Ultimate not only blows past that meager resolution but can reach 4K on compatible devices. Add to that 60 FPS performance (though some dips happen), better lighting, and graphical tweaks, and this new version of Sonic Colors often looks great in action. However, it can be hard to spot Sonic amidst the overly busy backgrounds in some side-scrolling sequences when the camera pulls way back. Also, in a few cutscenes, lighting on some characters (I’m looking at you, Tails) is inconsistent. 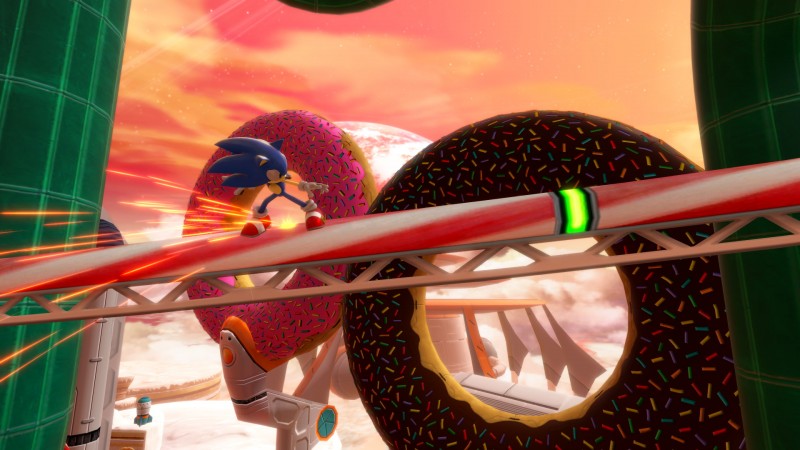 Other additions to this version include the Park Tokens and the Tails Save mechanic. Both come in the form of tokens found in stages and through the score screen after completing a level. Park Tokens allow you to purchase in-game cosmetics like shoes, gloves, boosts, auras, and player icons. I don’t really like most of the palette-swap customization options available, but it’s all optional, so I could ignore it for the most part. The Tails Save mechanic allows you to try a jump again if you fall into a pit, as long as you have a Tails token in your inventory. This is more intrusive than the Park Tokens mechanic, and while I wish it were togglable, I will admit it’s nice not to have to start back at a checkpoint because you fell into one of the game’s many instant-death pits.

Once you collect 15 red rings in an area, you gain access to Rival Rush mode, which pits Sonic against Metal Sonic in a race through one of that area’s levels. Sonic is a bit faster, but Metal Sonic is efficient; I needed to perform a rather fluid and mistake-free run through the stage to top Sonic’s metallic nemesis. You’re rewarded with a pile of Park Tokens to spend on customization items for beating Metal Sonic. Rival Rush mode is fun, and Metal Sonic is always a welcomed addition to a Sonic game, but I could speedrun levels in the base game without having to slap a title on it. 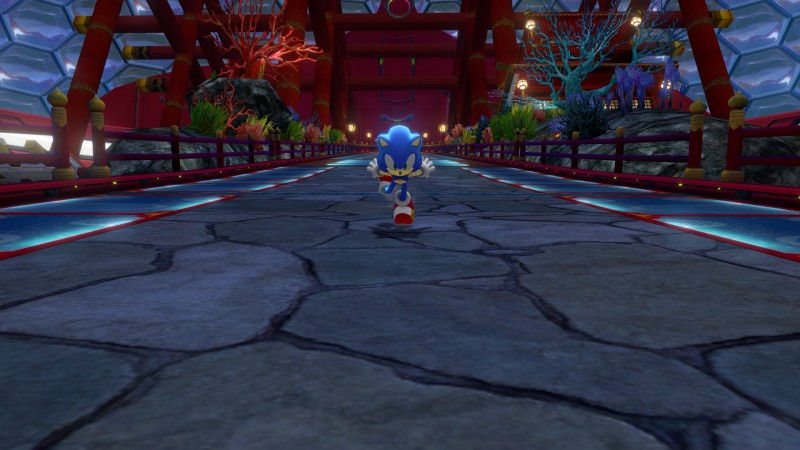 Sonic Colors: Ultimate adds to and tweaks the original game in several ways, but at the core, this is very much the same game players remember from 2010 – for better and worse. Sure, Sonic Colors delivers awesome high-speed sequences, exciting boss battles, and unique powers, but some of the stages weren’t the best in 2010, and they feel even worse in 2021. The 3D gameplay remains tight and adrenaline-fueled, but floaty 2D gameplay and convoluted 2D platforming sequences too often throw a halt into the fast-paced action; though, it’s better than it was in the original, I still hate the wall jumping in this game.

I understand that Sonic can’t just sprint through the entire game from start to finish, but patience shouldn’t have to be a virtue when you’re controlling the fastest character in gaming. I much more consistently enjoy the 3D gameplay of Colors, but that suffers from entering autopilot sequences where it feels like my inputs don’t mean anything. Still, Colors features some of the most exciting and memorable moments and levels of any 3D Sonic game, and it was just as much of a thrill to experience them today as it was at the original release. 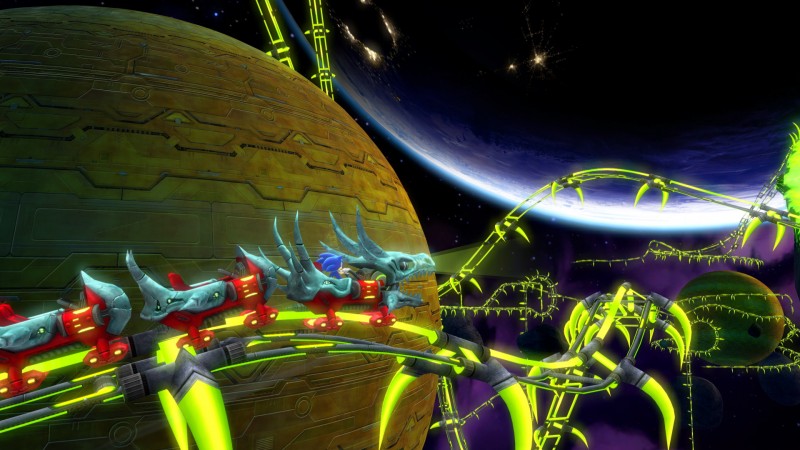 Despite the issues from the original game and the largely inconsequential additions in this version, I’m happy Ultimate exists. Sure, the better visuals and remastered sounds are nice, but the biggest advantage of Sonic Color: Ultimate is that it finally frees one of the best early-2010s Sonic games from an obsolete piece of hardware. I’ve loved having games like Sonic Unleashed and Sonic Generations readily accessible through Xbox backward compatibility, but I knew that was never an option for the Wii-exclusive Colors. As a fan of Sega’s Blue Blur since the early ’90s, being able to play games from each era on a single system is amazing, and it always felt like a massive piece of the series’ history was missing before Sonic Colors: Ultimate’s arrival. It may not be the perfect Sonic game, but it’s certainly one of the better modern titles since the Adventure series.

Sonic Colors: Ultimate launches on September 7 on PlayStation 4, Xbox One, Switch, and PC.