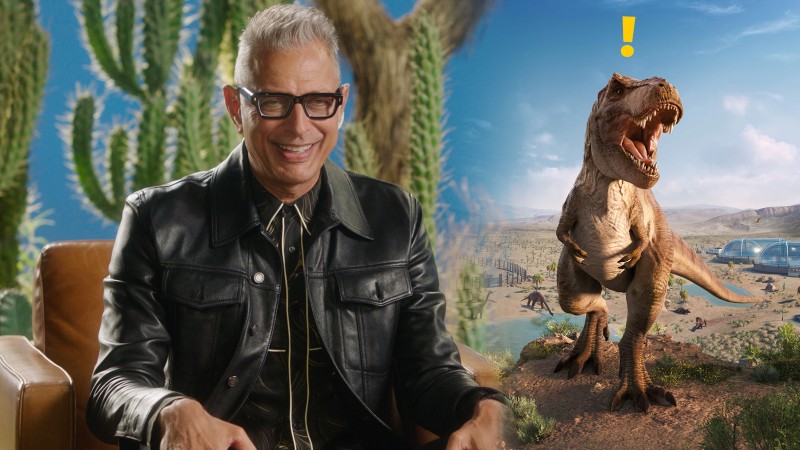 Jeff Goldblum returns to Game Informer! In this face-to-face interview, the iconic actor discusses his role in the upcoming park management game, Jurassic World Evolution 2. Additionally, Jeff shares where in the United States he would build his own Jurassic Park, talks about his process for recording video game voice lines, and mentions that John Hammond, the famous Jurassic Park character, should probably go to therapy.

Jurassic World Evolution 2 doubles down on the strengths of the first game by introducing a slew of new dinosaurs to study, including the water-dwelling Mosasaurus and Ichthyosaurus, the bird-like Cearadactylus, and more. Frontier Developments is placing more of an emphasis on the overarching narrative of the series by challenging players to complete different story-related scenarios and challenges as they build and customize their own parks across the United States. The game features many new improvements to enclosures, the caged habitats that your dinosaurs abide in, including live hunts that allow predator creatures to chase down their prey in real time.

If you enjoy this Jeff Goldblum interview and would like to learn more about the game, be sure to watch our recent episode of New Gameplay Today, wherein the Game Informer crew shows off the game’s new Lagoon enclosure and terrifying Mosasaurus in action.