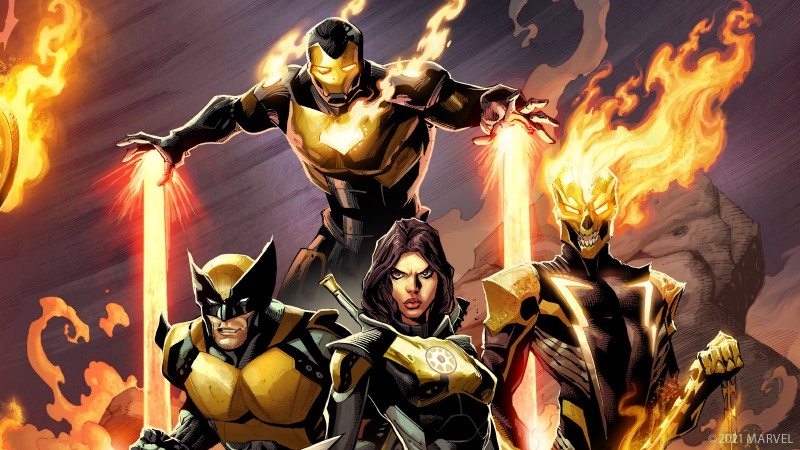 Marvel is on a tear. We all know that the company has been a dominant force in comics and films for some time, but that powerhouse has recently begun to make a more significant push into the game space. Insomniacs’ two Spider-Man games are huge standouts, but last year’s Avengers title from Crystal Dynamics also offered a fun narrative campaign, and this year’s Guardians of the Galaxy from Eidos-Montreal looks to deliver a rollercoaster sci-fi epic backed by meaningful player choice. Not to mention, if you go on the marketplace of your mobile device, you’ll find several Marvel games – such as Marvel Strike Force – spread across multiple genres.

As if that wasn’t enough, next year, we’ll see the release of Marvel’s Midnight Suns, a brand-new strategy-RPG from Firaxis, the studio behind iconic strategy series like Civilization and XCOM. Firaxis’ XCOM team is working on Midnight Suns, and the team aims to offer its rich knowledge of strategy systems while exploring the darker side of the Marvel universe. Check out the full cover below by renowned comic artist Ryan Stegman. 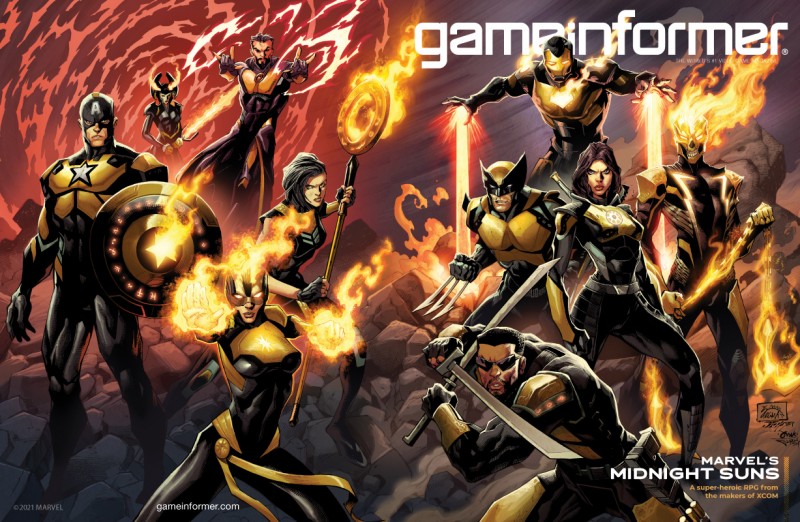 In Midnight Suns, a powerful sorceress named Lilith is on the loose with an army of demons and plans to unleash a powerful elder god on humanity. To put her down, some of Marvel’s greatest heroes – including Iron Man, Captain America, Doctor Strange, Blade, Ghost Rider, and Wolverine – must band together. In addition to those familiar faces, Firaxis worked with Marvel to create an entirely new hero, called the Hunter, who can harness light and dark energies in battle.

For our cover story, we talked extensively with Firaxis about how it has carved out its own take on Marvel, why Midnight Suns plays differently from XCOM, and which superheroes players can expect to rub shoulders with during this campaign. We also went hands-on with the title and plan to share our thoughts over the coming weeks. (Spoilers: it rules). Unfortunately, we can’t say much more at this point but come back next week for the full cover reveal and be sure to subscribe to Game Informer Magazine so you can read the whole story.