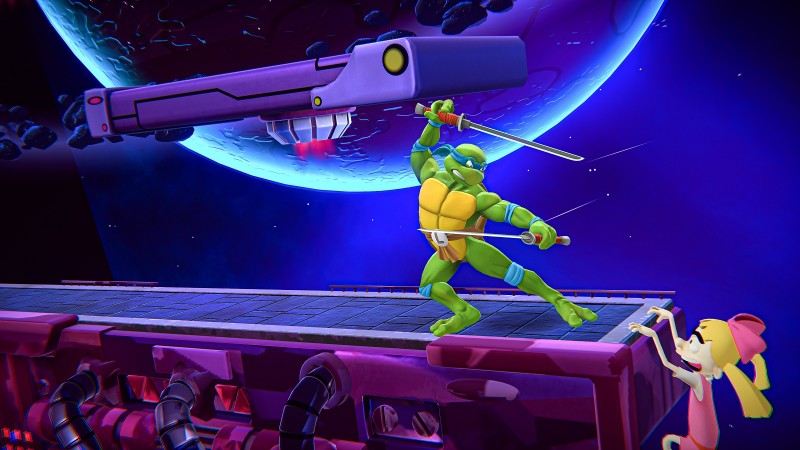 Nickelodeon All-Star Brawl isn’t even out yet and already there are Super Smash Bros. levels of hype for new characters being announced to the roster. Today during the Future Games Show at Gamescom 2021, these characters were both announced. April O’Neil, the famous reporter from the Teenage Mutant Ninja Turtles series, already had a Gamescom spotlight earlier this week when it was revealed she would be a playable character in Teenage Mutant Ninja Turtles: Shredder’s Revenge. Catdog, however, is ready to attack with the duality of cat and dogs, together in some sort of absurd amalgamation. What moves do they have? How do they play? You can check out trailers for both characters here.

These two characters join an already impressive roster of Nickelodeon personalities just bursting with nostalgia. Nickelodeon All-Star Brawl features personalities from numerous shows including Spongebob Squarepants, Danny Phantom, Rugrats, Invader Zim (Gir best character? Gir best character…) The Wild Thornberrys, Hey Arnold!, and more. The character roster is of course accompanied by 20 themed locations from the franchises, such as Jellyfish Fields from Spongebob. As with Smash Bros. throughout the years, expect frequent speculation and elaborate fake leaks regarding new additions to the game.