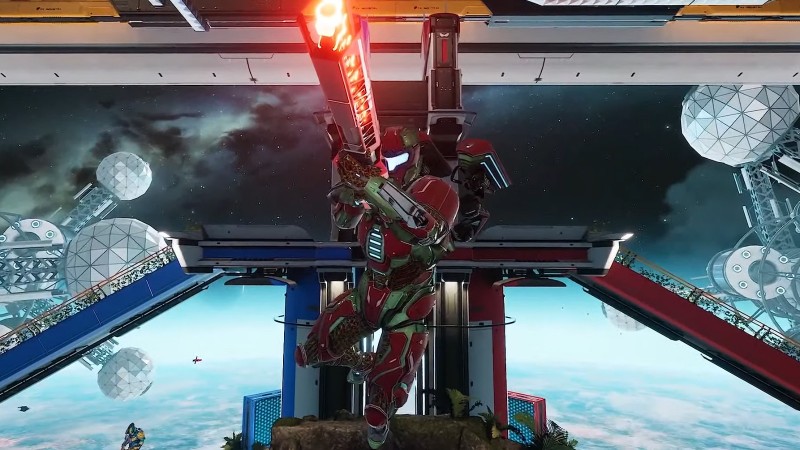 If you like FPS games as much as I do, you’ve surely heard of Splitgate, the new competitive shooter that mixes Halo-like gunplay and visuals with mind-boggling portal mechanics. Two Stanford University students started working on Splitgate from their humble dorm room. Many years later, the arena shooter has broken records with 10 million open beta downloads across PlayStation, Xbox, and PC. Today, at Gamescom, a Season 0 trailer showcased new content, including a map, some fan-favorite game modes, and more. You can watch the gameplay below.

Carmen Station 3 looks to continue the vertical level design that Splitgate is known for with optimal ledges, a bevy of portal-placement spots, and across-the-map angles for players that prefer long-distance kills. The trailer shows frenetic capture the flag battles, alien-inspired avatar cosmetics, and that same split-second action that all run-and-gunners love to see.

I got the chance to interview the devs back in 2019 and play a couple of rounds of Splitgate with them long before the shooter was released worldwide. At the time, I called Splitgate an “Energized Halo-Portal Hybrid,” but it would appear as if 1047 Games has created a new identity for its first project. CEO Ian Proulux told me many years ago that he wanted to make a game that was accessible but hard to master:

“We want something that’s easy to learn and difficult to master,” says Proulx. “Anyone can pick up the game: it has forgiving shooting mechanics and one incredibly complicated mechanic [portals] that takes hundreds of hours to master. But you can still, just from the shooting alone, find a moderate amount of success and have fun with the game. If you really want to reach that high tier, you’re going to have to grind.”

Splitgate Season 0 launched the minute the new trailer was showcased at Gamescom. Hop back into its fun multiplayer modes for free on PlayStation 5, Xbox Series X/S, PlayStation 4, Xbox One, and PC.