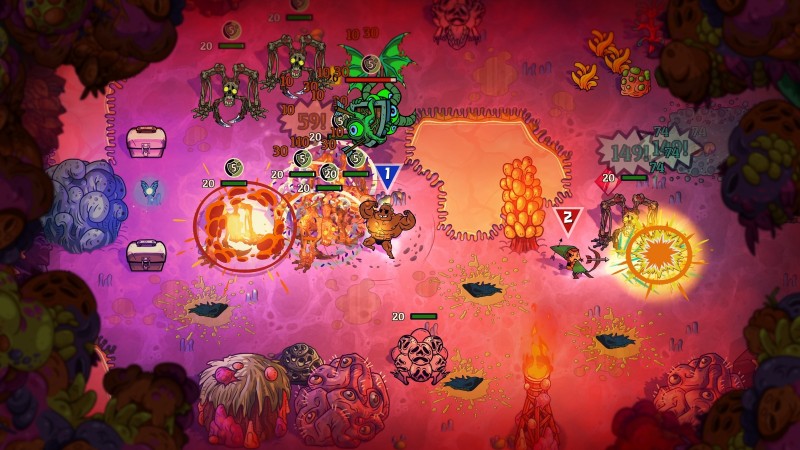 Drinkbox Studios has good news and mildly disappointing bad news regarding its upcoming action RPG, Nobody Saves The World. Bad news: it won’t be launching this year as expected and is coming in early 2022 instead. The good news is that the game will support online co-op.

The makers of Guacamelee and Severed revealed Nobody Saves The World back in March. You play as Nobody, a literal blank slate of a character who gets a hold of a magic wand that can turn him into somebody. Anybody, actually. The wand allows him to take over 15 forms, such as a magician, mouse, ranger, robot, dragon. Each form comes sporting its own gameplay mechanics and special abilities – over 80, in fact – and even has side missions tied to them.

The dungeon crawling action looked fun playing alone, but you can tag a friend for online co-op. This makes Nobody Saves The World Drinkbox’s first multiplayer title, and, as in single-player, partners can combine form abilities to take down enemies and solve puzzles. Since the game is coming to Xbox ecosystems, it supports both cross-save support and cross-play between consoles, cloud, and Windows 10 thanks to Xbox Play Anywhere. Unfortunately, the same features do not extend to the Steam version.

Nobody Saves the World comes to Xbox Series X/S, Xbox One, and PC via Windows and Steam during Q1 2022. It will also launch day one on Xbox Game Pass on console and PC. You can watch us play it in this episode of New Gameplay Today.