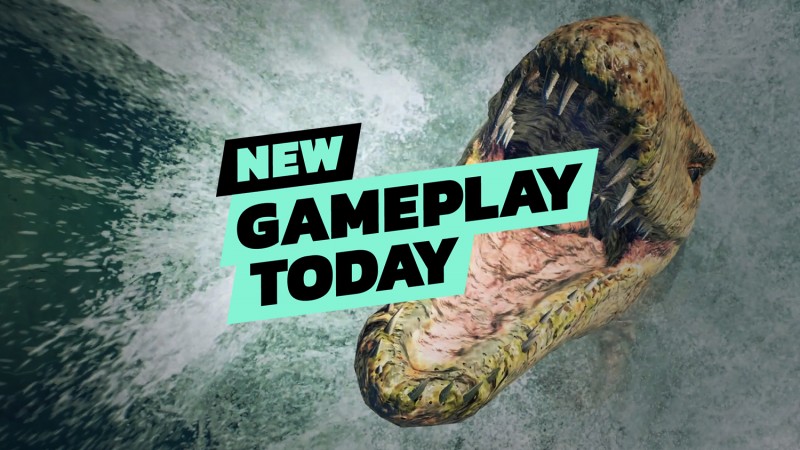 Jurassic World Evolution 2 is now confirmed to be releasing later this fall, and we were lucky enough to play the park management game ourselves for over two hours. While the sequel is certainly following in the footsteps of its Spielberg-inspired predecessor, it does feature some large improvements for researching and hunting new dinosaurs. One of the franchise’s most popular dinosaurs, the water-dwelling Mosasaurus, can finally be synthesized through new scientific research made possible by the game’s new Lagoon enclosures.

Join Editor-in-Chief Andrew Reiner and Video Editor Alex Van Aken for another episode of New Gameplay Today, as the pair shows off 10 minutes of hands-on footage from their time playing Jurassic World Evolution 2. Watch the video above to see how they unlock the new Lagoon feature and unleash the water-based Mosasaurus, the fan-favorite dinosaur that’s prominent in recent Jurassic Park movies!

Reiner describes the Lagoon enclosure in greater detail during his preview, saying:

When placing a lagoon in a park, it starts as a relatively small ring. You can add additional rings to expand its size. I believe I connected five of them to create a fairly nice-looking area for the Mosasaurus. Bringing this titan of the deep back took significant help from my scientists. I had to hire one more to have the research muscle to get the egg incubated. The investment was well worth it – the Mosasaurus looks great in  Evolution 2. If you want to create the Jurassic World scene of the Mosasaur feeding in front of a crowd, you can add grandstands and a great white feeder. If you don’t want to do that and want to give it a nice place to live, you can attach a standard fish feeder to the lagoon wall.

Did you enjoy this early look at Jurassic World Evolution 2? Be sure to subscribe to the Game Informer YouTube channel and catch up on recent episodes of New Gameplay Today right here. As always, be sure to leave a comment on YouTube letting us know if you’re excited to check out this upcoming game.